The British report proves Jon Scott was right that morning 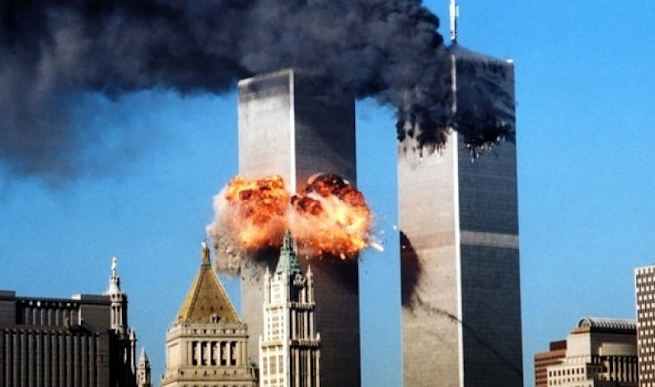 While other channels were still questioning what had happened, Fox News' Jon Scott used his personal experience as a pilot and his knowledge of both the original wanted poster (twin terrorist attacks on United States embassies in 1998) and the USS Cole incident the preceding October to this terrorist attack to specifically call this incident within 45 seconds of the second attack one of terrorism, and specifically referenced Usama bin Laden by name.

It was Mr. Scott who took the bull by the horn and immediately called out the terrorist king.   A British report released two months later called out Usama bin Laden by name and referenced numerous other terrorist attacks by the Al Qaeda network, including that of the twin Embassy Bombings of 1998, a failed January 3, 2000 terrorist attack that failed when Al Qaeda's homicide bomber boat sank before it could reach its target (an American destroyer), and then nine months later the successful attack on the USS Cole that helped cause the September attacks.

As we remember, it is very important we read this important British document.  It discusses all aspects of the Al Qaeda network.
Email ThisBlogThis!Share to TwitterShare to FacebookShare to Pinterest
Labels: 9/11, Terrorism