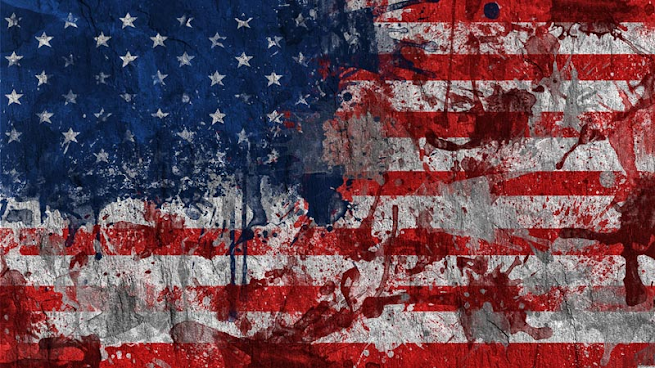 I was raised in the reading of A Beka's wonderful history books about the United States, and the discussions of the Separatists, those who wanted a split from the Church of England, and the Strangers. It was a love of religious freedom that sent the Separatists on their way to the New World to settle nearly 400 years ago in the Plymouth Colony.

Now with the advancement of the homosexual agenda, including the systematic swiping of an entire region, I have this scary thought to consider:

Four hundred years ago, the Separatists left England over the fearsome arm of the Church of England, and a state-run church. Freedom of religion was the main goal, the ability to study God's Word, and being able to worship God. Now, in the same region, freedom of religion and speech are both being stripped, as homosexual activists have made it clear they want a humanist theocracy, where their agenda is the "gospel," and those opposing them are arrested and punished.

The Pilgrims, if they see what has happened today, would be very angry and wanting to escape the humanist theocracy that the sexual deviants have pushed on the nation, through the media and indoctrination of generations. They wanted to escape the state-run Church of England; now they are seeing a humanist agenda establishing a state religion, where the sexual deviants' agenda is law and freedom of speech and religion are eliminated by the state religion of humanism, which is controlled by the sexual deviants, with a President of the United States helping push the end of religious freedom and the push of a new state religion. While the First Amendment only bans Congress from establishing a state religion, today's modern humanist agenda is only glad using courts and state legislators to push a state religion where the state is a deity, and Christians are prohibited from any activity, from running ministries to help the needy, to adoption and foster care, and even teaching children a worldview opposed to the humanists.

Has the nation, especially in New England, fallen prey to a humanist order that is every bit as troubling as the Separatists 400 years ago leading them to leave England for the New World? The sellout to humanist ideas is the saddest thing we're seeing today. If Roger Williams saw what was happening, he would prohibit this humanist agenda.