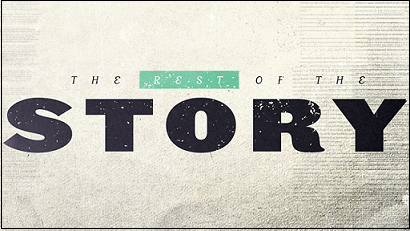 CrossFit sent a letter to the man who wanted to participate as a woman following the lawsuit, specifically pointing out the truth.  Here are highlights of CrossFit's letter, with proper (and correct) notes in parentheses:

We have not prohibited (the plaintiff) from participating in the CrossFit Games. We have simply ruled that based upon (this man) being born as a male, (he) will need to compete in the Men's Division. Competing in a sport is very different from the conclusory statement in the first paragraph of your letter, that "[t]hus, by all accounts, both physically and legally, (this male) is a female." This is simply wrong as a matter of human biology and if you can’t see that, there really isn’t much to talk about.

(This man) was born, genetically – as a matter of fact – with an X and a Y chromosome and all of the anatomy of a male of the human race. Today, notwithstanding any hormone therapy or surgeries, (this man) still has an X and Y chromosome. Thus, you’re statement is categorically, empirically, false.  (Editor's note - A woman has only two X chromosomes, and no Y chromosomes.)

The principle intent of the CrossFit Games is to determine the fittest man and woman on Earth. What we’re really talking about here is a matter of definition; of what it means to  be "female" for purposes of the CrossFit Games. We all have nothing but respect and support for (this man's) decision and how (he) sees (him)self. I also understand that in your client-centric world, your concern is entirely for what your client wants, however, we have an obligation to protect the "rights" of all competitors and the competition itself. We are scrupulous about ensuring a level playing field for the athletes. This is not "discrimination" any more than our decision to set Regional boundaries and age limits for the Masters division.

The fundamental, ineluctable fact is that a male competitor who (claims to have) a sex reassignment procedure still has a genetic makeup that confers a physical and physiological advantage over women. That (the competitor) may have felt (himself) emotionally, and very conscientiously, to be a woman in (his) heart, and that she ultimately underwent the legal and other surgical procedures to carry that out, cannot change that reality. Further, the timing of her sex reassignment surgery (and any subsequent hormone therapy) does not change this discussion.

Finally, your comparison to the plight of African-American baseball players fails both in the physical reality and on its own terms in the particulars.  We’ll ignore the rather unsubtle offense, as well as your off-handed comment about the exclusion of (this man) being due to "ignorance and difficulty." Our decision has nothing to do with "ignorance" or being bigots – it has to do with a very real understanding of the human genome, of fundamental biology, that you are either intentionally ignoring or missed in high school.  (NOTE:  In the letter, CrossFit notes MLB threatened two teams for attempting to boycott the Dodgers as not wanting to play against Jackie Robinson.)

The name-calling used by the sexual perversion lobby has always been used to go after anyone opposed to their agenda.  I ask if I, who registers in South Carolina and has been associated with a "box" in the midlands, can represent Nevada in the competition.  Can a 21-year old compete in an over-40 division?

The full letter can be found here.
Email ThisBlogThis!Share to TwitterShare to FacebookShare to Pinterest
Labels: Sexual politics