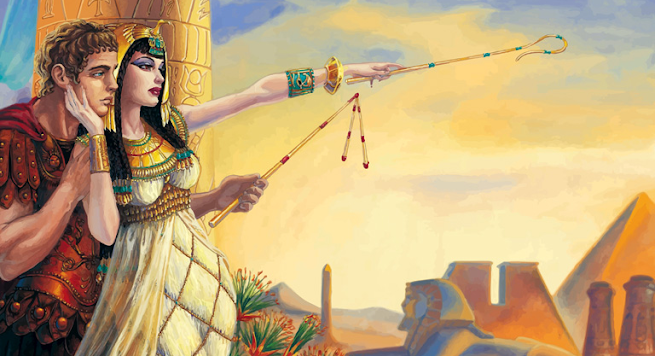 Back in September, the Metropolitan Opera celebrated the 50th anniversary of the opening of the new Opera House at Lincoln Center, although they didn't do anything at the time to commemorate it. (They'll be doing an Anniversary Gala this coming May.)

The first opera of that first season was the world premiere of Samuel Barber's Antony and Cleopatra, commissioned by the Met expressly for the occasion. The result has been debated ever since; the critics were not kind to Barber's opera, although much of that had to do more with their love of the new and avant-garde and their hostility to Barber's neo-romanticism than it did the actual merits of the opera. I'll take some time to explore that further in a future Opera Wednesday, but for now let's take a look at one of the pivotal scenes from that opera, "Give Me My Robe," performed by the opera's original Cleopatra, Leontyne Price, in concert with the Julliard Orchestra, from October, 1985.
﻿