Regietheater on the Silver Screen? 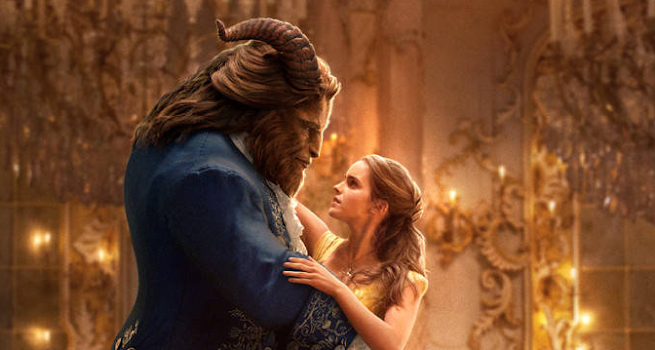 Controversy has erupted, as you might expect, over Disney's live-action retelling of Beauty and the Beast (see this article for the reasoning why I use "retelling" and not remake) over a controversial scene involving a character that led one drive-thru theater in Alabama to refuse airing it out of respect to the theatergoers, many of whom were part of the 81% that voted a marriage definition that New Yorkers did not approve, and erased on their whim, creating an arrogance that reminded Americans of the House of Hanover that led to the Declaration of Independence.

This goes to the real issue with the movie in question.  It was, as that St. Valentine's Day piece performed by the theater company also fits, a form of regietheater, the director's theater that has been responsible for the worst hacks of opera that we have long referenced.  We wrote "Saving Opera from Itself," about the issue from an opera reference, and cited Heather MacDonald's "The Abduction of Opera" in the article.  When reading the article in preparation for this commentary, I saw in both the lyric company and the movie examples of the idea of a "superior moral understanding" of the director.  But it also fits within the idea of art as shock value.

The defining characteristic of the sixties generation and its cultural progeny is solipsism. Convinced of their superior moral understanding, and commanding wealth never before available to average teenagers and young adults, the baby boomers decided that the world revolved around them. They forged an adolescent aesthetic—one that held that the wisdom of the past could not possibly live up to their own insights—and have never outgrown it. In an opera house, that outlook requires that works of the past be twisted to mirror our far more interesting selves back to ourselves. Michael Gielen, the most influential proponent of Regietheater and head of the Frankfurt Opera in the late seventies and eighties, declared that “what Handel wanted” in his operas was irrelevant; more important was “what interests us . . . what we want.”

It did not matter to them that the nation rejected their values.  Rather, they forced it with their elites, and now are celebrating such imposition of their degenerate standards by force-feeding down theatergoers, similar to what operagoers have been seeing with the regietheater movement. Regietheater as social change to force down the progressive values rejected by voters and moviegoers goes along with the attitudes of the entire movement.  In both the GLOW Lyric Company and the Beauty and the Beast situations, both qualify as regietheater with their intent to impose their values on an audience that rejects such.

Has regietheater created the worst movies and television shows of our times by forcing down every left-wing social agenda on us?  Is it time we defund government art, as it has proved itself to be at the root of regietheater, and the shock value?
Email ThisBlogThis!Share to TwitterShare to FacebookShare to Pinterest
Labels: Homosexual Lobby, Morality, Movies