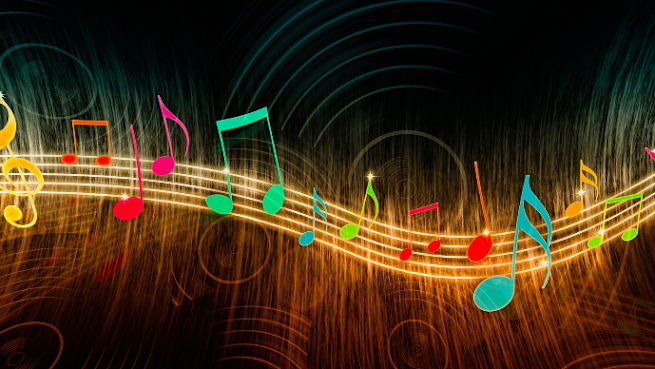 A few years ago, I remember my experience at a friend's church in singing a one-off with their choir, as our church's choir has degraded its quality with weekly karaoke performances of Top 40 hits that has grown worse, forcing me to ask why they think such hits have more virtue than sacred choral songs such as Te Deum variants from Haydn and Elder (of which our leader in Summer Chorus debuted in Carnegie Hall), and the Son of God Mass that the Summer Chorus sang this past weekend.  Choir is not for singing top 40 hits with a karaoke machine, folks.  Have the entertainment giants become such powerful groups where they want to control churches with their hits, and dumb leaders down by not letting them see over 500 years of church music from masters such as Bach?

The entertainment giants' material plays on KLVR Radio, but, it's not suitable for church.  One easy rehearsal, they boast, of the karaoke choir.  I did not join the choir to sing in a karaoke bar each week.  The choir is not backup singers for a pop soloist, as some books are pushing.  Instead of each section being its own and working with each other, the modern pop choirs have become soloists first, and teamwork of the choir is last  But sometimes, could it be the advancement of KLVR, the "modern worship" movement of Saddleback, Willow Creek, Newspring, and others, be for the detriment for those who studied choral singing?

Speaking of the Summer Chorus, the dress code issue I noticed years ago with the one-off is no better in the summer.  We saw everything from a blazer and leggings, to blouses and slacks, to the Little Black Dress, and various sleeveless looks without any consistency.  And even the men were now going over the edge, as one singer wore track pants and white sneakers when the rule was black slacks and black dress shoes.  There is no standard choral dress for summer it seems, and churches have decided the standard choral dress gives way to anything.   What has happened?  It's just as bad as the degrading of rules where golf in practice rounds the dress code no longer applies for PGA of America sanctioned events (not the USGA or PGA TOUR).  Can you imagine Phil Mickelson dressing in the same way was the women of this week's KPMG Women's PGA Championship when he does the Skills Competition as three stars of women's golf compete in a KPMG-sponsored skills challenge against a male golfer three years and change away from the Champions Tour?

As for copyrights, two of the tree pieces we sang in choir are protected by copyright, as one was written in 2001, and the other 2013;  the latter's "World Without End" was debuted by our leader's college choir a few years ago in Carnegie Hall.  As we finished our first practice, I had to warn a few attendees that cell phones (and video cameras, except for the conducting candidate's evaluation) were prohibited because they could be used to record the concert in violation of the organiser's agreement that it not be recorded without express written consent of the publisher.  These people who record the copyrighted "Son of God Mass" and "World Without End" face legal issues, and it was decided to warn them of the phone prohibition and the copyright warnings.  Most people would never record copyrighted material, but in today's relativistic world, we sadly have to warn people of such.