A golf trophy that resembles 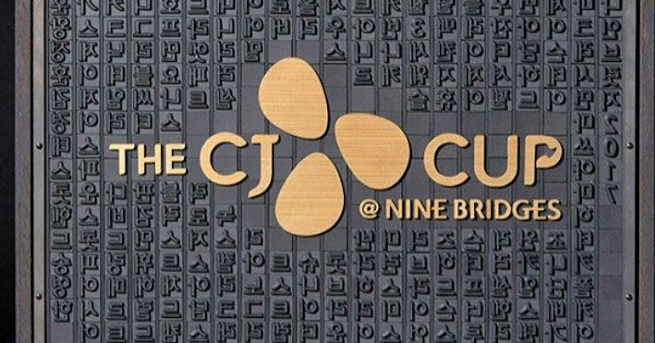 The trophy from last week's The CJ Cup at Nine Bridges in the Republic of Korea had me looking at a 1970's (and also 1989) CBS game show which used Quincy Jones' "Chump Change" as its theme song because of the way the trophy was arranged.

According to the PGA TOUR, the trophy consists of movable type that was used in 13th century Korea, which the oldest surviving work is a Buddhist text.  Such classic movable type that is in Hangul.  When the tournament ended, one piece of the text was highlighted in gold, which gives it a feel similar to the Goodson-Todman Now You See It that I referenced above.  I've noted the section that was turned into gold by the engraver following Saturday night's tournament.

The trophy for the restricted invitational tournament consisted of the bridge on the 18th hole and a plaque consisting of the Korean printing press type.  On the trophy, as newsman Chuck Henry can see (he hosted the 1989 version of "Now You See It"), are the names of all 70 players who participated in the tournament.  It becomes a giant game of "Now You See It," and fans could virtually play the game by finding the names of their favourite golfers in the tournament on the press (though it is in reverse image because it is being printed on a piece of paper as a printing press).

As for the tournament winner?  저스틴 토마스, Column 20, circle vertically rows 1-6.  Now You See It . . . and a trophy that will change based on who plays every year. 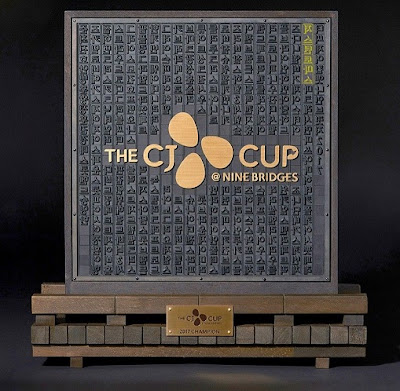