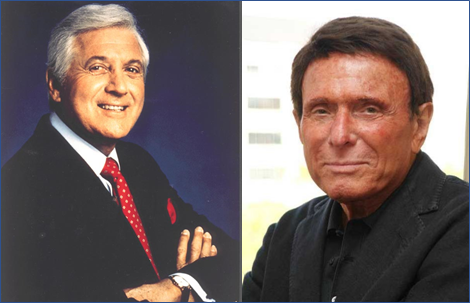 There seems to be a postmodern philosophy seen with many in the current generation that history of the past (such as that before they were born, or even their parents in some cases) does not exist.  Such was the case of contrasting Twitter feeds following two recent Hollywood deaths of two television programmes when their developers died within the past two weeks.

When CBS was informed Monty Hall had died, the social media pages for Let's Make a Deal posted a tribute to the 96-year old who developed the show as a tribute to him on social media.  Since the show was taping its Halloween 2017 episode and had two more episodes to tape when word came of Mr. Hall's death, CBS turned the last taping of the day into a Monty Hall Tribute episode, complete with Wayne Brady in an empty set to remember Monty Hall, in a manner similar to that of the pitch film pilot that Mr. Hall used in introducing the show to NBC executives (and it was sold, leading to the legendary franchise).

When MTV learned of the death of Hip Hop Squares creator Merrill Heatter recently, their VH1 channel's Twitter page for the show made no reference to his death.  There was no note referencing the death of the show's 91-year old creator.  It was Wink Martindale, no less, on his Twitter, who referenced the death of Mr. Heatter on Sunday morning.

MTV won't even reference the passing of the show's creator when CBS did with their classic game show's own creator.