by Mitchell Hadley
The first few airings of Rudolph the Red-Nosed Reindeer were on NBC's General Electric Fantasy Hour, and the characters appeared not only in GE's print ads, the elves also appeared in the commercials during the program. Makes for the kind of show when you don't want to fast-forward through the commercials! 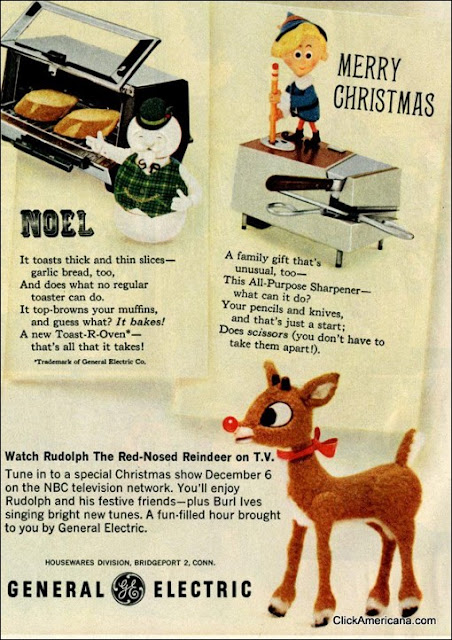