Christmas Grinches: What does not fit for the season 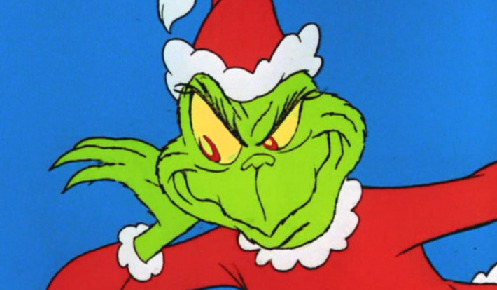 It caught my attention last night at church during the candlelight service in the middle of the Third Week of Advent (the fourth week is Christmas week itself, so it clashes with the first half of Christmastide), they want Christmas Eve to mimic the big self-help centres with one loud daytime rock concert instead of Bible reading.  A music ministry official permitted a vocalist at church to sing Leonard Cohen's "Hallelujah" with karaoke accompaniment.  Karaoke it is well known I have a problem, but one listen of it and I was having to escape because it was highly inappropriate for me to accept that song in church, especially if you've seen Fleming, von Stade, and others, participated in a Singalong Messiah where the seating organisers forgot instructions that I thought I was driving Kyle Larson's sprint car and could not find the cushion as I could not find fellow tenors in the tenor section to ensure proper matching just two days ago, and have been able to discern what is and not appropriate for church.  How inappropriate was it for that song to be sung for a Christmas service, especially when "Hallelujah" means Händel's No. 44 from Messiah, and even then, that's an Easter song, not a Christmas song.  (The final Christmas section from the piece is "His Yoke is Easy", No. 21.)

The acceptance of that song for Christmas has puzzled me, considering during a Christmas party for the CrossFit box I visit weekly (sometimes twice a week), they did not accept the more Christmas themes from "Not That Far from Bethlehem," Schubert's "Ave Maria," "The Season of Love" (which my old Townhall and 74157 Club member who writes the Jenny's American Slice blog appreciates), but they accepted every winter song and numerous awful versions of a Mariah Carey song that I just don't see being Christmas-like.  Why has it every Top 40 hit can be accepted for Christmas, but the platinum standards of Schubert, Franck, Bach, and Händel are not accepted in the public square, but now not even accepted in churches today?

These incidents forced me to read again an Amy Spreeman commentary about one popular group and their promotion of sin, yet too many accept their arrangement of Christmas songs.

And two cases of nativity scenes with perversion support led to two opposites, as a Rhode Island bishop objected to a nativity scene in California that was perverted with Baby Jesus and two Josephs, no Mary (that wouldn't be welcome at Hobby Lobby) . . .

. . . meanwhile, Pope Francis selling out to perversion activists again with a scene in The Vatican that is suggestive and associated with activists in Italy.  Does he remember October 31, 1517?

The progressive push to make Grinches on Christmas continue to rise.  And just notice that when the Christ Child is forgotten everywhere.
Email ThisBlogThis!Share to TwitterShare to FacebookShare to Pinterest
Labels: Christmas, Morality, Pop Culture, Pope Francis