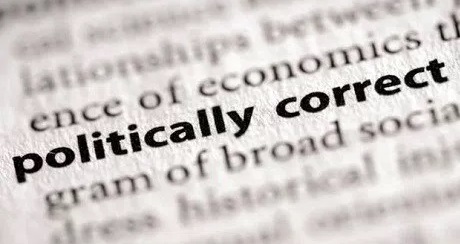 Those who read this blog have seen our cases against Pope Francis and similar Protestant liberalism affiliated leadership (they are two peas in the same pod), and also have reached into the crevices of church music corruption.  Before we get to that, however, Sunday night after returning home, I had been out of town doing my annual test Saturday in a 42,195 metre challenge that took just over six hours and eight minutes (when calculated from the absurdly late start caused by traffic) and watching a Daytona 500 and Big Machine 400 winner relaxing somewhere on the island after "Big Mac" (his sponsor tags him that way) finished three hours earlier (now that means I've run a 12k with the most infamous of all Olympic athletics runners and I've run the marathon with a Daytona and Indianapolis winner in the event), which is the perfect reaction when I see people call binge watching an entire season of a premium pay television programme (six to ten episodes) in one setting as a place full of fennels that in Greek gives its name to the battle between the Greeks and Persians that the Greeks easily won.

Unfortunately, the logic of calling binge watching an entire season of shows in a setting a place full of fennels in Greece is lacking any rationale. The real story is  Greek soldiers marched from the plains back to Athens (roughly 40km) in an attempt to stop the Persians at Cape Sounion -- only to see a retreat of Persians to announce their victory.  Legend Plutarch wrote (italics) On the Glory of Athens (/italics) states that soldier ran from those fennels back to Athens, announced victory, and died, of which the story was later retold by Robert Browning through his poem "Pheidippides" that gave us the name of the Olympic, and now well known sporting event, that carries the name of those fennel plains.  How is an unhealthy habit of binge watching on the same level as running from the fennel plains to Athens? 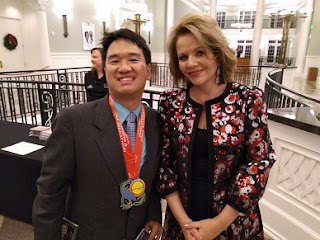 It does not hurt that my reward for 42,195 metres of pain was a nice recital, a second time to see Renée Fleming (left), only to learn a current college student that was in front of me after the event knew Dr. LaRoche, as she knew students in the studio for college students singing there doing what I did a generation ago with the same voice teacher!

As for the other issue on church music, on the way home Sunday evening, an incident at church caught my attention for the wrong reasons.  The church had decided for both the morning (I was in a church near the city where I ran my 42,195 Sunday morning) and evening to substitute youth (morning) and adult (evening) karaoke performances by the respective choirs for church services.  The unprofessionalism of submitting to the large entertainment organisations for Christmas music was dastardly offensive to those who have worked over the years, considering how forgetful they have become in knowing the Advent season comes before Christmas, and how Big Entertainment and their Emergent colleagues have been at work hacking classic hymns and sacred songs to advance their cause.  One such case came from the classic "What Child Is This?," which we noted Easter references have been removed from hymnals, and pop singers will not sing those lyrics, even though we sing parts of the Easter motet in Händel's Messiah.  In Universal's latest Christmas "cantata" packet, which is deemed "Ready to Sing" and pushes choirs into using their karaoke accompaniment, including their featured video, the same hymn is drastically altered to fit their theme, which has the markings of Brian McLaren and other liberal leaders that change songs to fit their theme.

Here's the video that Universal offers (Courtesy Universal Music Group). Does this even sound correct, or does this fit to push Big Entertainment with the lyrics they wrote?  Those who know the song will see the mistake, but a generation in church that has only heard Big Entertainment wares with loud rock concerts will swallow it hook, line, and sinker, sadly.

Works Cited:
"Why the Presbyterian Church in Ireland and I No Longer Sing from the Same Hymn Sheet."