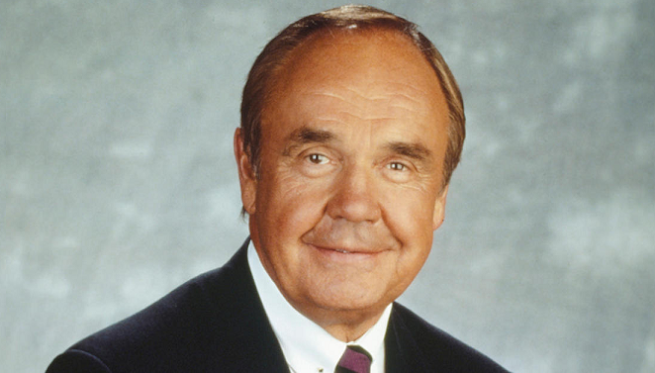 The sad news from Boston that Nicole Vaz told the AP her father, Dick Enberg, died while packing his bags for a family vacation to the area lastweek was another sign of how our legendary figures of our youth are dying.

Mr. Enberg, 82, and wife Barbara were headed to Boston and the wife arrived, only to learn he never made it out of his La Jolla home, waiting to be transported to the airport.

But as much as we know him from sport, he did television game shows, none of which lasted but a year or two.  We found a few clips from game shows he hosted as a tribute to Enberg the quizmaster – something that started as a gofer at a radio station in college never expected we'd see, let alone a distinguished broadcasting career.

Three For the Money