But first, a word from our dealer 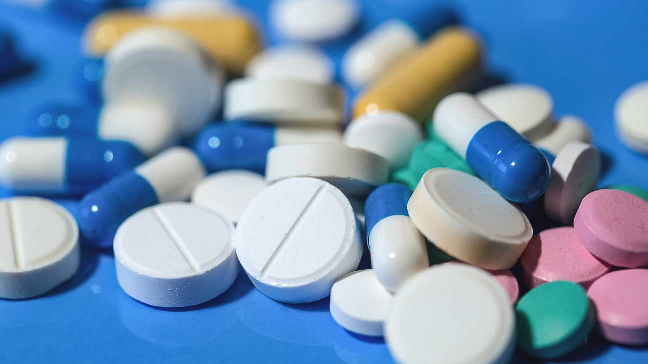 It is hard for me to adequately express my hatred for television commercials pushing prescription drugs. And I use the term ‘pushing’ fully aware of its connotation, because I find it appropriate.

This is a level of resentment that far surpasses the annoyance we have all felt with certain commercials: used car ads where every line is screamed instead of spoken; commercials that change the lyrics to iconic songs to sell cat food; the subtle advancement of social justice agendas where the practical person of color has to explain something simple to the doltish white guy in the office.

Prescription drug ads irritate me at a more primal level. I find their very existence odious.
Some of this stems from ubiquity: on certain cable channels every other ad contains the phrase “Ask your doctor about…”

I’m a proud capitalist and have never felt I had the right to tell anyone how honestly-made income should be spent, whether that’s a CEO salary some might consider exorbitant, or paying $10,000 for a limited-edition wristwatch that provides the same time of day as Mickey Mouse.

But the sheer pervasiveness of this one type of product ad makes one question unavoidable: Why are drug companies spending this much money ($60 billion a year by some estimates) to promote the benefits of products that no one can actually go out and buy? Couldn’t these funds be more responsibly spent on research and trials and developing tomorrow’s cures?

I doubt physicians are being persuaded by commercials featuring an elfin redhead dressed like a human digestive tract, or a woman walking around town trailed by her anthropomorphic bladder. But I’m sure over the past decade they’ve become fed up with calls from patients, wondering why they are not getting the same stuff that that helped that woman on TV go bowling with her family again.

No wonder the American Medical Association has called for a ban on prescription drug ads. Can’t come too soon.

I also wonder what return on investment companies receive for all this advertising, particularly since some of these drugs are meant to treat conditions that are extremely rare.

Cars and candy bars and household cleaners are promoted via a medium that reaches into everyone’s home, because almost everyone buys them. But when I watch Danny Glover pretend to break into spontaneous tears and laughter to illustrate the symptoms of Pseudobulbar affect (PBA), I wonder why a national advertising campaign is deemed appropriate for a product that 99.3% of Americans will never want nor need.

And stop with that “PBA” stuff too. Suddenly every illness has to have a cute nickname. Atrial fibrillation is now “A-Fib” (any relation to J-Lo?). Will epilepsy soon become “Shakey Shake”?

I also abhor the length of these spots. There is no such thing as a 30-second pharmaceutical commercial. A full 60 seconds are mandatory to introduce our sad, suffering protagonist, to portray their discovery of a magic little pill that their doctor didn’t tell them about, and then to share in their joy as they are now able to walk their dog – play with their kids – take long bike rides through the park again.

Of course that extra time is really needed to accommodate the comical litany of side effects lawyers demand be verbally enumerated. This is always immediately preceded by the reluctant admission: “(drug name) is not for everyone.” These bits have been parodied plenty already, but that recognition should not distract us from the utter insanity of some of these stipulations.

Take Jublia, which you may do if you have toenail fungus. The condition is unsightly, but you can live a perfectly contented life if you wear socks. Jublia frees you from this burden, but if you’re pregnant and you rub it on your toe, it could harm your unborn fetus. If it could inject something into your system powerful enough to do that, what else could it do?

Oh, and it’s also flammable. Apply it to your foot by candlelight and you might burn down your house.

But the champion in the side effect sweepstakes is still Chantix, a drug that allegedly helps you quick smoking. Taking it, we are warned, could create “suicidal thoughts or actions.” Is there any other way to interpret “suicidal actions” than killing yourself? At what point does the cure become more dangerous than the condition?

I have one more selfish reason for diving toward the mute control every time one of these ads appears; I don’t like to be reminded of sick and dying people while I’m trying to watch Gilligan get off the island.

Does that make me selfish and heartless? Fine. I’ve been in hospitals and had conversations with doctors about medication for relatives in serious straits. It’s not fun. It isn’t supposed to be fun. So when COPD is portrayed with a cartoon wolf in a green sweater, or when an ad for a heart disease drug ad shows someone wistfully singing, “The sun will come out tomorrow” from Annie, in a way that suggests he’s not entirely sure he’ll be around to see it, it’s beyond tasteless.

If you have a conscience you don’t try to “sell” medication for people coping with late-stage cancer the same way you peddle remedies for a stuffy nose or a sore back. You have those conversations in private, with medical professionals and patients and their families.

Unfortunately, the very idea of privacy barely exists anymore, as those of the Millennial ilk broadcast every virtue and sin they commit to social media. As always, television does not shape culture, it merely reflects it. I wish there was something I could take to change that reflection.