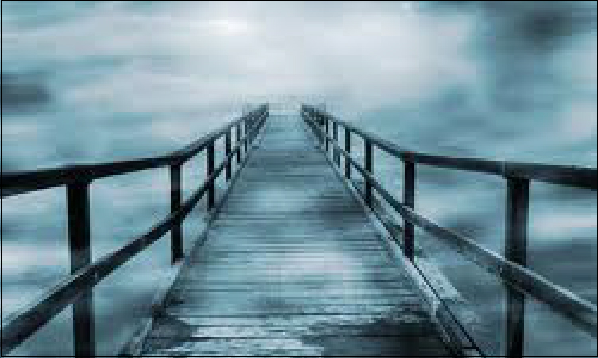 What with all the madness that's been going on the last couple of weeks, and the idea that killer whales should be considered human beings, it seems an apropos time to remind ourselves that there's nothing new under the sun.

A few years ago, when Drew first penned this piece, it was in reaction to a proposal by some liberals that to “reduce the carbon footprint” on the planet by depopulating – in other words, humans must die (off) so the planet can live on. Taking it one step further, there’s the Voluntary Human Extinction Movement, which suggests that “everyone in the world should stop having kids all at once.” As someone said at the time, that would indeed be the only logical extension of such thinking. “Wouldn't it be only proper for people suggesting this (and heck, given a chance, they'd enforce it) to kill themselves and set an example?” 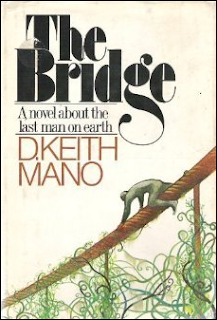 This was precisely the idea behind D. Keith Mano’s brilliant, disturbing 1973 novel, The Bridge. Long out of print (as is, sadly, most of Mano’s work; the best place to find them is a used book store), The Bridge is set in the dystopian New York of 2035, where civil war has resulted in a world run by a radical environmentalist/totaliarian regime. In this world, all forms of life – “down to the merest microbe” – are considered equal. All acts of aggression – even disagreement – have been outlawed. The absurdity of their thinking is summed up in the words on a plaque outside the now-deserted and crumbling Yankee Stadium, “Where, in an age of brutality and ignorance, men presumed to compete against their brother men.” (Interestingly enough, Mano didn’t anticipate the use of inclusive language – which shows you that 1973 was, indeed, a long time ago.) Mano demonstrates the ruthlessness, indeed the inhumanity, of such inflexible thought with this exchange between two prisoners of the regime, discussing the consequences that followed when all automobiles were banned:


Despite these and other decrees designed to, as we would put it today, “reduce the carbon footprint,” a mass genocide continues, to which the regime’s response is stark, and final:

Whereas it has been ascertained irrefutably by the Council's Emergency Committee on Respiration that the process of breathing has and will continue to destroy and maim innumerable forms of microscopic biological life, we of the Council, convened in full, have decided that man in good conscience can no longer permit this wanton destruction of our fellow creatures, whose right to exist is fully as great as ours. It is therefore decreed that men, in spontaneous free will and contrition, voluntarily accede to the termination of their species. . . It is hoped bretheren, that you will donate your physical bodies to the earth in such a manner that the heinous crimes of murder and pollution committed by our race throughout history may in some small way find redress.


Not to put too fine a point on it, but one could almost imagine the names of some of our more prominent environmentalist/politicians being attached to a statement like that, don't you think?

From thereon in, The Bridge becomes something of an action thriller, with Mano's protagonist - the unlikely, but typically Manonian-named, Dominick Priest, who had been imprisoned for the crime of "competition" (playing chess) - on a quest to return to his home and his wife, a journey which will take him through a landscape run riot by decay, overflowing vegetation (remember, even cutting grass is a murdeous crime) and wild, feral animals, and regime officials seeking to enforce the Council's mandatory suicide decree, culminating in a harrowing crossing of the remains of the George Washington Bridge.

Ultimately, what Priest represents is the resiliency of man, the urge to survive, the quality which is the bain not only of the Council, but of totalitarian regimes throughout history. Priest is not altogether a likeable hero; Mano has chosen to portray him not as some kind of monastic crusader seeking to redeem the world, but as a man on a singular mission to live, with only a limited comprehension of the higher, existential meaning of life. As such, Priest is filled with all the foibles of man, and then some. This leads to a startling, indeed deeply disturbing (while at the same time somewhat satisfying) resolution, the consequences of which can be seen in an epilogue taking place years later.

It would be wrong to call these "comic novels," however, for the humor is mostly of the ironic sort, presenting a scenario that often borders on the absurd but merely serves as the setup for Mano's provocative probing, challenging questions on the meaning of life, and our ability (or lack thereof) to ascertain it. Religion - or faith, if you will - is never far from the surface but, despite that fact that most of Mano's protagonists are priests (in name or fact), the religiousity is not of the overt, preachy type that so often passes for "religious fiction" nowadays. It's more, as one critic put it, in the style of Waugh or Greene, probing into something deeper, and often darker – not just what it means to be a believer, but what it is to actually believe in anything.

Mano's books, while critically acclaimed, were for the most part less than commercially successful; he once recounted that his agent told him after his latest slow-seller that the only way he'd be able to get published again was under a pseudonym. His most recent novel, The Fergus Dialogues: A Meditation on the Gender of Christ, was published in 1998; since then, he has for the most part retreated from writing due to the onset of Parkinson's disease.

And that is a shame, professionally as well as personally, because in novels such as The Bridge, Keith Mano proved himself to be not only a provocative novelist but a prescient one as well.
Email ThisBlogThis!Share to TwitterShare to FacebookShare to Pinterest
Labels: Books, Culture, Morality, Politics