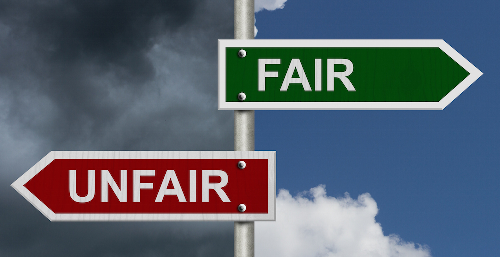 One of my Facebook “friends” is an actor whose name would be familiar to anyone in the baby boom generation who grew up in front of a television. He is a hardcore liberal, as are most of those in his profession, and many of his online posts are supportive of liberal causes and brimming with anger over the current state of the nation and its leadership.

Among his favorite outrage-generating topics is the income inequity that exists in the United States. Not long ago he posted a link to a study that showed how salaries for CEOs increased significantly over two decades, while wages for ‘average’ workers remained stagnant.

This is what passes for activism now – posting a meme that shows how much you care.

I’m sure he posted this from a good place – a sincere belief that the success of a company should be shared more equally among those employed there. But it doesn’t work that way. It never has and it never will.

Of course such a statistic sounds bad when you first hear it. But whoever said capitalism was about equal shares for everyone? If a CEO is making $20 million, it’s because the executives at that company, as well as its shareholders, believe he or she is worth it. And if those in the rank and file haven’t realized the same wage increases, it’s because people with their skill sets are easier to find.

Doesn’t sound fair? Is it fair that someone who can throw a football accurately makes $100 million, while a schoolteacher gets by on $50,000? The actor who posted that link was on a successful television series for five seasons, and has rarely been out of work since. He cashed some big paychecks over the last three decades, because the shows he appeared on received solid ratings, and his subsequent appearances in TV movies and theatrical productions were deemed big enough to help draw an audience, which helped to make the productions profitable.

Did he ask what the grip or the costume designer was making and why he was making more? They both worked on the same series. Would he agree to add his salary to that of the production sound mixer, and then divide them into equal shares?

Maybe he would. Maybe he is that selfless. But you couldn’t replicate that in every theater or every film production. People with unique talents make more money than people who don’t have them.

This is capitalism. It is a system that rewards some and penalizes others – mostly those who didn’t stay in school, or didn’t choose a career path with a greater likelihood of financial gain. And despite what those who share my actor friend’s politics believe, the opportunity to choose one’s career path and priorities is available to everyone – yes, everyone. Some start climbing that ladder a few rungs below others born into better circumstances, but desirable destinations remain accessible.

I’m a writer. I work for a marketing company writing stuff that I mostly don’t like. But it pays my bills and affords me a solid middle-class existence that includes a big TV and a reliable car and a few nice meals in restaurants. Most writers aren’t even this lucky. So I don’t waste time fretting over why my bank account doesn’t look like Stephen King’s or John Grisham’s. Because I’m also not in that much wider pool of wordsmiths writing for five cents a word – even less if they answer an ad on Craig’s List.

We’re all in the same business – some are better than others. And those that are better get paid more. Why is this unfair?

If you want to change corporate America so it’s “fair,” then someone else will have to decide how much the CEO is allowed to earn, as well as the Board of Directors, and the next level of executives down, and then further descending the corporate ladder to the newest entry level hires. Who is going to do it?

Once that authority is taken away from the company, the only other option is the government. And this is an increasingly popular concept among those who like to yell and march and wear funny hats. They live in a world where such systems have repeatedly risen and fallen, leaving misery in their wake, and yet they persist in believing the only way to help some people move up (regardless of their talents or merit) is to bring others down (regardless of the work and sacrifices they’ve made to rise).

Is that naïveté? Where does this stubborn devotion to impractical ideas originate? Is it enough for them that something just ‘sounds good’? That would certainly clarify their equally baffling belief that an entrepreneur who built a company didn’t actually build it.