Throwback Thursday: On gratitude for the veteran 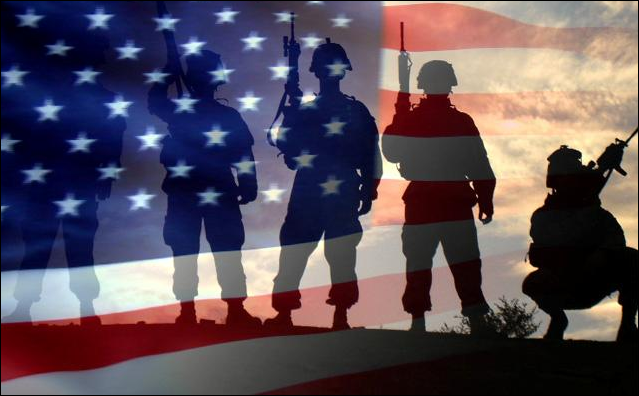 I'm not quite sure how I feel about this article, in which former Marine officer Stanton Coerr says it's time to stop thanking veterans for their military service:

We know that all of you appreciate what we do. We know that you support our military forces and that (more importantly) you love our country. We know how patriotic you are…several times a day, every day, you tell us.

But it is now time for all of us to move on.


Coerr goes on to list three reasons why it's time:

1.  We're all volunteers.  "So everyone you thank for their service is there by choice. The military, in the words of P.J. O’Rourke, “gives people with military-style personalities a place to work.” It also gives the nation a place to focus as it balances its anger at a foreign war against its appreciation for those sent to fight it.

2.  Thanking Lets You Off the Hook.  "Every time I am thanked for my service, I stop myself from asking, 'And what about yours?' I do not want you to also serve the military, but I do want you to serve our country, your city, your town, the local school. What are you doing to help? Are you volunteering at the hospital? The soup kitchen? Are you helping that elementary-school teacher in the inner city, the one who is buying her students pencils from her own pocket because the school district cannot? Are you donating to the fire department down the street?

We are all of us Americans. Each serves in his or her own way. You don’t need to thank me—your service should be enough."

3.  You Are Thanking the Wrong People.  "Most of us who have gone overseas, even into a combat zone, have never heard a shot fired in anger. We volunteered, we went, we did our jobs, we came back. And that is pretty much it." [...]

"Take note: most of us are somewhat ashamed of our lack of combat. No matter what you did, someone in the highly competitive combat-arms military has done more. Go and read the interviews with the shy young men who have been awarded the Medal of Honor in the past few years (can you name even one?). Every one of them, to a man, says the exact same thing: I didn’t do anything unusual. I could have done more. All I can think about is the guys we lost that day. The guys around me were the real heroes. They would have done the same for me."


On the one hand, I see where he's coming from.  The "Thank You Military!" celebrations that go on have become so trite, so automatic and unthinking, that they may strike many as virtually meaningless.  There's more than a little bit of jingoistic, U-S-A! self-congratulation to it all, that it tends to rub the wrong way.  As one writer reminds us, not all heroes are soldiers and not all soldiers are heroes.  And don't even get me started on these parent-child surprise reunions that we get bombarded with at sporting events and on news programs.  Our thanks should not be a made-for-TV event.

In addition, most soldiers - at least the ones I've encountered, and most of the ones I've read about, are very modest people, and I've always thought that the endless parades, singling out, and so on probably embarrass them more than anything else.  It's hard enough getting used to civilian life again without constantly being reminded of it.

And yet...  while it's true that we do have a volunteer military, the fact remains these people are choosing to join in the defense of our country, to willingly put their lives on the line, for our benefit.  Yes, police and firefighters do the same thing - any call they go on could be a fatal one - and they should be thanked as well.  They probably aren't thanked often enough.  Does that mean we're wrong to thank a soldier?  To thank him or her from volunteering to take a job that they know could cost them their lives?

I appreciate the point he makes about how we all should do our part, but that's the very think that sets their service apart - they do this without asking for anything other than being treated fairly, by getting what the nation has agreed to provide them with in return for risking their lives, and for our leaders to be thoughtful about sending them into harm's way.  Otherwise, their service is unconditional.  I could understand if they expected more from the public than that, but they don't.  It's not part of the bargain, and that's one reason why it makes their service extraordinary.

I admit that there's much about what Coerr says that rubs me the wrong way, but I agree with him that our thanks ought to be heartfelt and sincere, that it should be thought out rather than automatic, that it works best in the small ways rather than the grandiose, look-at-me moments.  Sometimes the best thanks is a nod of the head - or, even more radically, actually providing the types of veterans' services that the military is entitled to.

Perhaps we still have a collective guilt complex from the Vietnam days and the horrid way in which veterans were treated, even though many of us were either not around then or had nothing to do with it.  We probably overdue it as a way of overcompensating for the past, and that's wrong.  But it's not wrong for a grateful nation to say thanks; there's something very decent about the kind of selfless service the military as a whole provides, and as long as we recognize it, as long as the military remains true to its mission and its values, gratitude is always in order.  As is graciousness in accepting it.