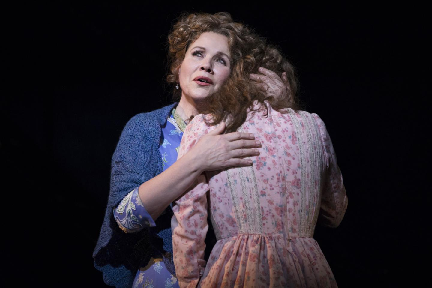 R
enée Fleming's appearance at a Broadway production of Richard Rodgers and Oscar Hammerstein's Carousel has been in the news recently, but Mr. Rodgers, a legendary composer of musicals, was in my head as news discussed a pay-per-view in the pseudosport of "professional wrestling" with the intercalated Royal Rumble in Jeddah, Saudi Arabia, similar to the Olympic Games of 1906.  How fake wrestling associates itself with Richard Rodgers comes through a writing partner of his prior to his association with Mr. Hammerstein, Lorenz Hart.

In the Rodgers and Hart musical Babes in Arms (1937), Billie, a woman who visits the leading male character (Val), sings the song in question, which thanks to the popular music circuit, has lost most of its lyrics and its original intent (yes, Mr. Sinatra is guilty of removing the lyric and reference!).  Billie, played by Mitzi Green when it debuted, is from the coast, and sings what we call the aria in question, "The Lady is a Tramp," which over the years and even a "sanitised" version of the entire musical was produced, which sadly has taken away toe references in the song.  Even Steafani Germanotta's version, like Frank Sinatra's and Ella Fitzgerald's versions, alter the lyrics away from the original (Derek Jeter, who is referenced in the Germanotta and Bennett version, was not even thought when Rodgers and Hart wrote the song!), but there's one part of the song that easily catches the adage "professional wrestling is fake".

The lyric in question of "The Lady is a Tramp" that though written in 1937 could easily refer to professional wrestling and how it is losing the pay-per-view battle to mixed martial arts today states, "I like a prizefight that isn't a fake."  Since a professional wrestling match is predetermined, and the players know who is to win ("go over"), that legally means the match is fixed, and legally it's a fake.  Would Billie want to see a WWE match or a UFC match, if you listen to the song with that lyric?

Here is the song, as it is from a production of "Babes in Arms" that allows us to see the original song (not the Sinatra or Germanotta versions) in its historic New York references.