More races on air at the Kentucky Derby 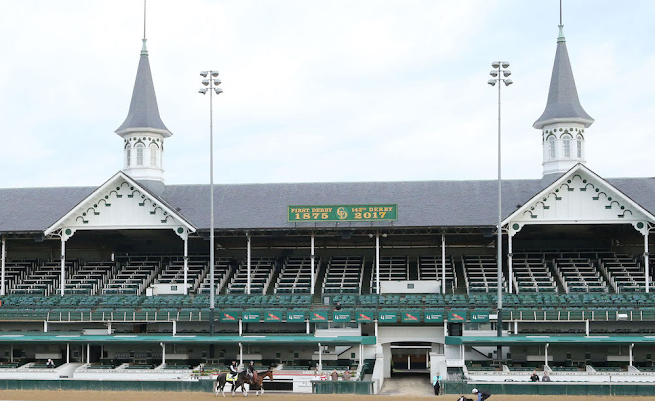 As we looked through our television blog, we noticed how early Derby broadcasts were simply 45 minutes to 90 minutes prior to NBC taking over in 2001.  Whereas the Derby would start around 4:30 PM (see Faulkner's 1955 report) and many times the race would start at 5:30 PM, since NBC took over and Churchill Downs added lights, the start time is creeping closer to primetime hours.

The 2018 Derby post time is 6:50 PM EDT, meaning with the loading, the race could finish at 7 PM EDT. NBC's coverage starts at 2 PM for a two-minute event.  The schedule for the NBC broadcast includes five races (all times Eastern):

And for those fans who are still at Churchill Downs, there are two more races to be run with lights, a 1 1/16 mile allowance and a one-mile maiden race that will start at 8:20 PM, which is less than 18 minutes from legal sunset, guaranteeing that lights will be used at Derby Day.  For the record, the Stephen Foster Handicap, an older horse race inaugurated in 1982 and has provided three Breeders' Cup Classic winners, is now run as a night race in June.  The Foster is when the Kentucky Derby winner officially receives his trophy.
Email ThisBlogThis!Share to TwitterShare to FacebookShare to Pinterest
Labels: Horse Racing, Sports, Television