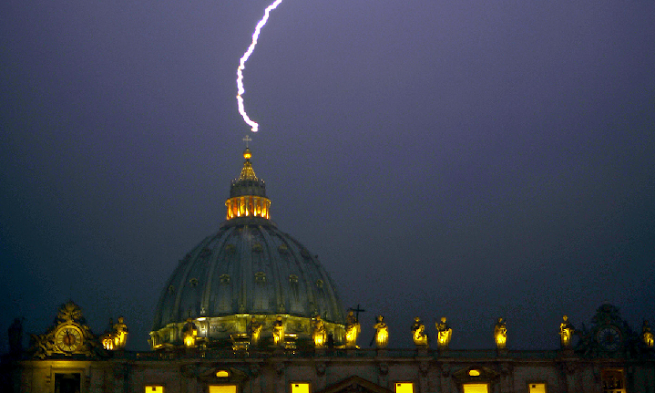 It’s not easy being Catholic, as Kermit the Frog might have put it, and if that seems a little flippant when talking about the crisis that has engulfed the Catholic Church lately, then it’s about the only humor to be found from one of the few man-created events that truly deserves to be called a tragedy.

We’re used to scandal, both here in the United States and around the world, but our scandals usually involve either politicians, celebrities, athletes, or business executives, and with rare exceptions, the scandal usually involves loss of fame, loss of face, loss of job, or all three. Seldom does it involve loss of live, and even more rarely does it leave its victims often wishing for death.

That this tragedy has such a human face is one of the many things for which we’ll all have to atone someday. There’s no telling how many innocent lives have been touched by clerical abuse, nor how many years this has gone on. What we do know is that all of the victims have, to varying degrees, been scarred for life, and that some of these lives have been shortened as a direct result of what has happened to them. If it were merely their faces that we saw in the darkness of our minds when we think about it all, that would be bad enough, but I defy anyone with a heart and a soul to look at the faces of the young people they see today, whether their own or those they encounter in church or school or in a hospital (where I work) or in the store or just walking down the street. The thought that they have been victims, are victims, may be victims, should hit us like a punch to the gut.

We were told that this was all over, back in the early part of this century when the bishops examined their actions and drew up new standards. “Never again,” we were told, much as the Jews vowed after the Holocaust, but just as we have seen resurgence in anti-Semitism, we have seen the sex abuse scandal rear its ugly head once again. Only this is not resurgence; indeed, it would appear that the abusers never stopped abusing, the victims never stopped being abused.

Over the last few weeks we’ve seen the responsibility rise, like the red line of a thermometer on a hot summer day, extending from priest to bishop to archbishop to cardinal. And now, of course, it has reached the top, the pope himself. He is not being accused of abuse himself, but of enabling it, covering it up, and as Richard Nixon would have acknowledged, it’s always the cover-up that gets you in the end.

In fact, for those of us who were alive back then and remember it, this has more than a whiff of Watergate to it. “What did the pope know and when did he know it?” has become the question, and the pope is now engaging in his own form of stonewalling, refusing to answer any questions on his own guilt or innocence. We’ve not yet heard him utter that famous phrase, “I am not a crook,” but the day is early yet. Pope Richard Milhous Bergolio, anyone?

With the publication of Archbishop Vigano’s stunning letter, the cards are now on the table; perhaps not all the cards, but maybe just enough so that we can tell the game that’s being played. And make no mistake, the game is winner-take-all, with the soul of mankind as the ultimate prize. The extent of the corruption involved—not merely the cover-up, which is bad enough, but the very sin involved, the sin that cries out to Heaven, is shocking. Again, were this a typical scandal—say, the Vatican Bank—we might be disappointed, disgusted, perhaps a little shocked; but this reaches to the very soul, a corruption that goes far beyond mere politics or power or finance and to the heart of our humanity, and how we define it. It addresses what we believe, and Who we believe, and therefore who we are and how we live our lives. It is hypocrisy of an order that exponentially dwarfs that of your average scandal.

And because if that, we must stop thinking about it as if it is an average scandal. The pope is the pope, after all, and while we hear calls for his resignation (from members of the laity, as well as Archbishop Vigano himself), it’s not quite as simple as all that. The very word “resignation” is a misnomer; the pope, as is the case with other forms of man-made royalty, does not resign; he abdicates, leaving the throne vacant until a successor can be chosen. The difference in words alone suggests the gravity of the situation; nobody suggests that, due to weak earnings in the second quarter, the CEO of IBM should abdicate. There is a weight, a gravitas to the word, that underscores the power, as well as the responsibility, which resides in a monarch.

Of course, if these accusations are true, or even partially true, Francis must abdicate—not just because he has lost the trust of his flock, but because he has betrayed God Himself, and the office to which he has been elected. It is a betrayal of a breathtaking sort, coming after a succession of actions and comments over the length of his reign that border on, if not cross over into, heresy. Even the most charitable of observers should be able to concede that Francis has made a mess of things, that he has served to divide the Church and confuse the faithful, while appearing to contradict the timeless teachings of Christ. I have my own opinions on this, which I’ve made known over the last few years, particularly in my novel The Collaborator, but a sober analysis of the situation demands we keep opinion out of the mix, that we state without emotion the situation as we see it.

And one of the things that we see, as we must, is that the very reason the pope must abdicate is also the reason why, in all likelihood, he will not.

Think about it. He has no Congress attempting to impeach him, no electorate looking to vote him out of office, no “vote of no confidence” that can cause his government to fall. If he is what his accusers say he is, it serves only to suggest that he has the traits which will prevent him from abdicating—hubris, duplicity, a corrupt, even evil, nature. Abdication would, all things considered, be the honorable thing to do, and even if he were not guilty, an honorable man might consider it simply to remove doubt and (hopefully) restore confidence and a sense of holiness to the papacy. If these accusations are true, though, then Francis is not an honorable man, so we have no reason to think he will do the right thing. Given his character—again, if this is true—as well as the fact that he cannot be forced off the Petrine throne against his will, he has no incentive to abdicate.

Nonetheless, it feels as if we’re entering something of an end game; not, as Churchill put it, the beginning of the end, but just perhaps the end of the beginning. It is hard to imagine things continuing as they now are for an indefinite period; either it will blow over (with the help of the media, no doubt), or Francis will see the handwriting on the wall (an apt phrase, don’t you think?), or the Church will erupt into a civil war that will invariably lead to a schism. There are, possibly, ways of removing a pope, although there’s no uniformity of agreement on whether or not they are valid, and in any event without a drastic change in the composition of the College of Cardinals the new pope might well be cut from the same bolt of cloth as the current one.

Looking back, I fear that in writing about this, I, too, have perhaps lapsed into the language of conventional scandal. Maybe it’s because we can find comfort it in, dealing with it as if it’s not all that different from the crises we’ve encountered in the past. Maybe it’s because the truth is just too horrible to imagine. When Richard Nixon resigned, Gerald Ford famously pronounced that “Our long national nightmare is over.” Our problem is that this is no nightmare, but the real thing—and even if we’re at the end of the beginning, it’s far from being over.