Flashback Friday: The perversion lobby is out of control (social media attacks) 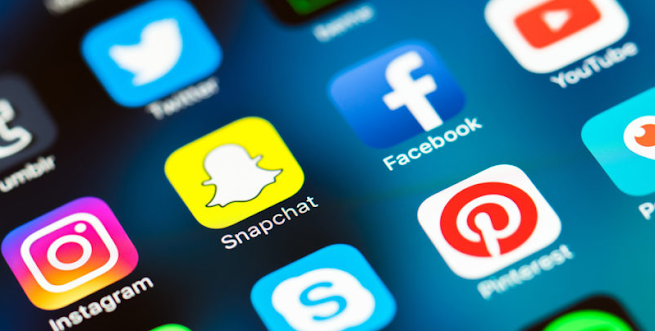 Writing this column days after being slapped with a social media suspension for saying the truth of the Kardashian-poisoned Bruce Jenner's appearance on Tucker Carlson Tonight refusing to answer Mr. Carlson's question has allowed me to see the true form of “Bay Area Values” being imposed by elites on anyone who opposes their feelings.

During the episode of the Fox News program, Mr. Jenner (I refuse to use his Daytime Serial Drama for Men* gimmick) said he could not find any advantage of having men who claim to be women participating in women's sporting events, despite the contrary to incidents in New Zealand with weightlifting (man claiming to be a woman won national title), a mixed martial arts incident (man seriously injured woman in a woman's mixed martial arts event), and the previously mentioned incident we posted here regarding a lawsuit against CrossFit where the organisation's counsel sent a letter .

*In college, a few friends would get together and watch The Monday Night Wars every Monday night at the student union;  I had no idea of its popularity, but I learned they had called it a “soap for men”. A few times there was a pay-per-view  As we have referenced here in the past, the last “soap” went off the air in 2010, when the last daytime drama produced by a soap company ended.  These shows are daytime serial dramas, and “professional wrestling” would be called a male daytime serial drama, a derivative of these afternoon serial dramas being aimed at a feminine crowd.

The first I had heard of such stupidity was a 2002 movie filmed in Metrolina*, “Juwanna Mann,” where a man in a professional basketball league tries out in a women's league. Now we have seen the elimination of gender verification tests, and what standards are there next to be removed?

In contrast to Mr. Jenner's spin doctors on Mr. Carlson's show, we must remember this:  Mr. Jenner was born with an X and Y chromosome, and the anatomy of a male of the human race. Notwithstanding hormone therapy or even surgery, he still has an X and a Y chromosome.  Sir, as the CrossFit letter to the competitor who sued to be in a women's division states evidently, he still has a genetic makeup that confers both physical and physiological advantage over women. No “sex reassignment surgery” will change any discussion. That's the genetic advantage CrossFit's attorney notes, Mr. Jenner and many supporting the perversion movement refuse to understand in order to advance an agenda.

Of course, the perversion movement takes advantage of elite cities and judges out of touch with an entire country to force their way when it was rejected, sticking their tongues out in front of everyone, and working to demolish any organisation (especially churches, Fox News, anyone with a Biblical worldview) that refuses to submit to their agenda. It is why Ted Cruz called out the Stonewall Values (which he referenced that drew the ire of New York City newspapers) being pushed at everyone else's expense. And after I answered Mr. Jenner by saying he is a male, and referenced that men should not be in women's events, I was reported probably by a perversion lobbyist and banned from social media for saying the truth.

Is there any truth left when the sexual perversion and humanist lobbies can dictate what can be said in society today?  Why is referencing CrossFit's letter to a male who claims to be a female wrong?  Why is saying the truth of Mr. Jenner wrong?  Why can a tiny group of crybabies impose their way as a CCCP Dictatorship?  I do not submit to these perversion lobbyists.  Why do we have to make their kayfabe be mandated as a “gospel” when the anatomical truth is banned?