25 Days of Ad-Vent, Day 2: Throwing some light on the subject 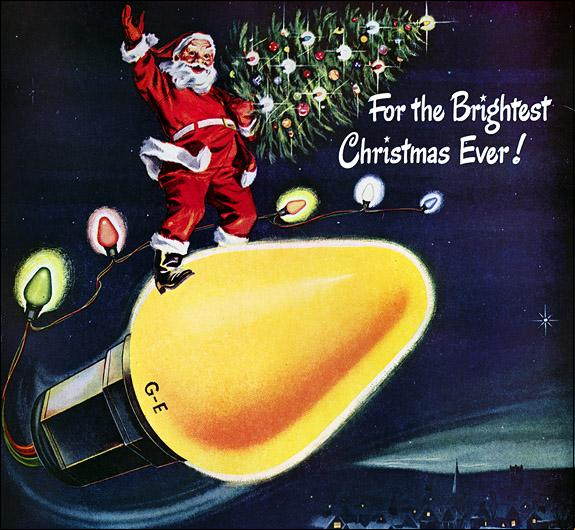 I don't much care for GE products nowadays; I think they're overpriced and not as good as the competition, and I don't have a lot of time for the company itself. But when it comes to Christmas, I still have warm feelings, thanks to ads like this.  General Electric was, of course, the initial sponsor of Rudolph the Red-Nosed Reindeer, and used the animated special's characters in their seasonal ads. They also made the Lighted Ice lights, which probably give me the warmest nostalgic feeling. Perhaps I'll have an ad for them up later.
Email ThisBlogThis!Share to TwitterShare to FacebookShare to Pinterest
Labels: Advertising, Christmas