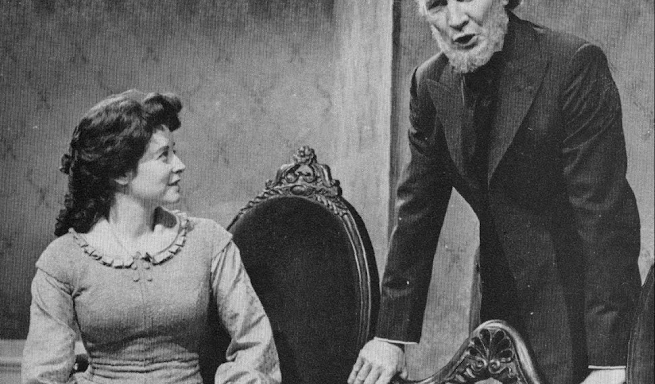 Back in 2017 (and at the TV blog), I mentioned Deseret, the made-for-TV opera by Leonard Kastle, which aired on NBC in 1960, and has seldom been performed since. The opera tells the story of a woman who, against her will, finds herself engaged to marry Brigham Young, the leader of the Latter-day Saints. Deseret received mixed reviews on it's premiere; even so, I wish it would pop up somewhere. One of my complaints about the rash of new operas in the last couple of decades is that we ought to be paying more attention to the underperformed operas of the past, rather than spending money on new ones that may only be performed once or twice themselves. (It also says something about the days when operas were seen, at least occasionally, on broadcast TV, but that's a discussion for the TV blog).

I'm told that a video copy of Deseret exists at the Paley Center in New York, but I was quite pleased to discover, quite by accident, an audio recording of the opera as it was broadcast back then on NBC. Check it out sometime, if you're so inclined.
Email ThisBlogThis!Share to TwitterShare to FacebookShare to Pinterest
Labels: Opera Wednesday, Television