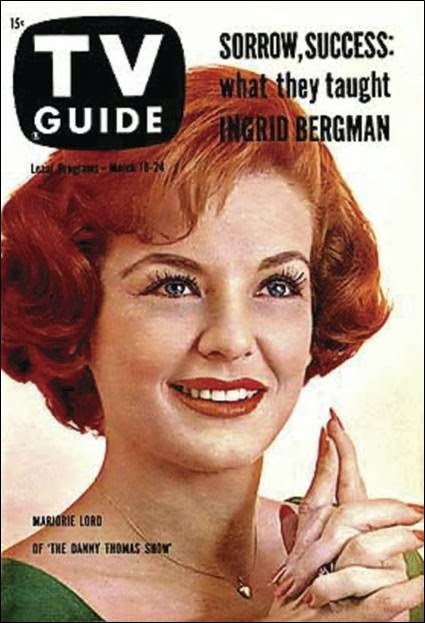 Perhaps no star demonstrates the change in popular culture over the last 60 or so years more than Ingrid Bergman.

In 1950 there were fewer stars bigger than Bergman, who had appeared in a string of hits including Intermezzo, Casablanca, Joan of Arc and The Bells of St. Mary's, and had won an Academy Award as Best Actress for Gaslight.  She then became involved in a scandal - an affair with director Roberto Rossellini (they were both married to other people at the time) which left her pregnant, and her reputation in tatters.  Her adultery got her denounced on the floor of the U.S. Senate (as "a horrible example of womanhood") and disinvited from The Ed Sullivan Show, and she remained in something of an exile even after winning her second Oscar in 1958 for Anastasia.  It wasn't until 1958, when she made a triumphant appearance as a presenter at the Oscarcast, that she returned to the American spotlight, and even then the lengthy ovation she received from the audience was controversial - some felt it amounted to a tacit endorsement of her past behavior.

This week, Bergman prepares for a rare television appearance, in the drama Twenty-Four Hours in a Woman's Life* on CBS Monday night.  Gilbert Millstein's profile only alludes to that scandal, remarking that "in the last two decades, she has been successively praised, blamed, boycotted, picked over, analyzed, adjured, sympathized with, litigated over and clasped once more to the public breast without any noticeable erosion." Bergman herself says that "Everybody feels that you belong to them.  I would have liked to have my own problems in peace, but it was not to be and I could not change any of it."  Having played a nun in The Bells of St. Mary's and a saint in Joan of Arc led people to view her not as a woman, but through the prism of the roles she played.

*Written by John Mortimer, better known as the creator of Rumpole of the Bailey.

And that is just one of the ways in which we see the massive cultural changes over these years.  It's hard to imagine, for example, that the public, cynical as they now are, would feel so betrayed by an actress' personal life.  For that matter, adultery itself doesn't have the cache it used to, Tiger Woods notwithstanding.  The old saying, "there's no such thing as bad publicity" seems to be more true now than ever. Hugh Grant's indiscretion a few years ago was played mostly for laughs, and probably helped Jay Leno's career more than anything else.  With the advent of reality television to go along with the fanmags, embarrassment and public ostracism are things of the past.

The fallout over Ingrid Bergman's scandal was probably excessive (didn't the Senate have anything better to do?) but it came from a period in time when there was a common moral code, a sense of right and wrong that was generally accepted by a majority of the public.  If people lacked charity in their reaction, it could be said that their hearts might have been in the right place.

Ultimately, though, it's time to live and let live.  Ingrid Bergman, her elegance and her talent, are back - and we're the more fortunate for it.

Read the rest here. ◙
Email ThisBlogThis!Share to TwitterShare to FacebookShare to Pinterest
Labels: Television, This Week in TV Guide