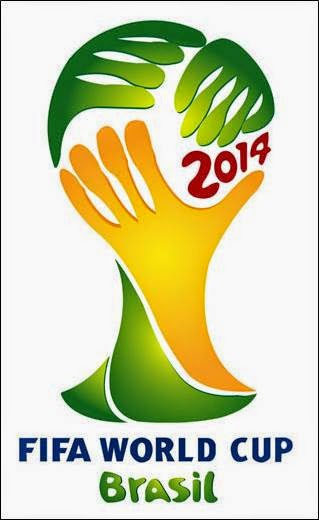 If you're a regular reader, either here or at the TV blog, then you know how often it happens that some of my greatest pleasures have come to me purely by accident.  Such is the case, at least indirectly, with the World Cup.

The World Cup* begins tomorrow, and while it might not be the greatest soccer competition (that would probably be one of the European leagues, the English Premier League or the German Bundesliga), it definitely is the most important soccer tournament anywhere, not to mention the biggest sporting event in the world.  I'd always liked soccer, in a passive sort of way, and I even watched the World Cup on Univision one year just so I could see the matches live.  But it wasn't until five or so years ago that I truly began to appreciate the sport.  And it all happened because of the Canadian Football League.

*Or the FIFA World Cup™, to be legally precise.

Let me explain.  At the time, the only way to get CFL football on television in the United States was to subscribe to a sports package with one of the satellite TV providers.  Since I've been a CFL fan from decades back (go ahead, ask me who won the 1963 Grey Cup), there was no question what I had to do.  What I didn't realize at the time was that, besides getting the various regional sports networks that picked up the CFL, the sports package also included Fox Soccer Channel.  And since even I can't spend seven days a week watching Canadian football (particularly since they only play four games a week, only one or two of which were televised here), it didn't take long before I surfed to FSC's coverage of their prime property, the Premier League.

As I've said, I'm no stranger to soccer.  Back in the day, I used to watch PBS' Soccer Made in Germany, so I even knew what the Bundesliga was all about.  But it had been a good long time since I'd seen any kind of match outside of the World Cup and MLS, so the first time I came across a game, I was immediately transfixed by the experience.  It wasn't just the constant singing by fans, or the marvelous British commentators*, or the sudden, mercurial way that the momentum of a match could change.  It was all of those things, plus a history that went back to the 19th century.  It was different, sure, but that isn't the only thing that attracted me; it was the passion of it all.

*Martin Tyler, Jon Champion, Ian Darke.  Should I go on?

By the last World Cup, in South Africa four years ago, I'd become a devoted fan.  I had a favorite English team (Arsenal, followed by Chelsea and Man City), and a favorite international team (Germany, then Brazil), to go along with my favorite announcers.  I wrote about that experience four years ago, and while I was disappointed with the final result, it didn't diminish my new enthusiasm for the sport.

Tomorrow it all begins again, and while things will be different (no Martin Tyler, no vuvuzellas, a time difference that allows me to catch games after work but eliminates that wonderful early morning match), the drama and emotion will be the same.  There are many doubts about Brazil's ability to host the World Cup (not to mention the Olympics in two years), and there are even more doubts about the United States team's ability to escape the Group of Death (my prediction: no wins, three losses, no goals), but hopefully the competition on the pitch will be enough to overcome all that.

As for who'll come out on top?  Never bet against the home team, especially when it's as good a side as Brazil.  I wouldn't be surprised if another country took the title, especially Spain, Argentina or Germany, but neither would I be surprised if Brazil wins its sixth World Cup.  Only time will tell, but next month at this time, we'll hopefully have quite a tale to tell.
Email ThisBlogThis!Share to TwitterShare to FacebookShare to Pinterest
Labels: Sports, World Cup