How the World Series has fallen! 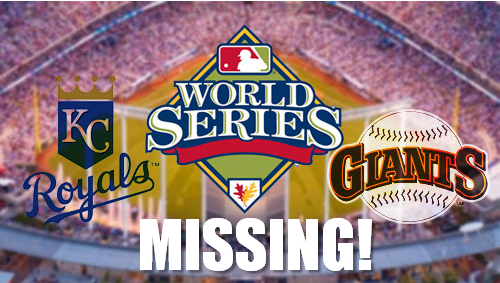 We did not get Game One coverage of the World Series here in my part of South Carolina until 35 minutes into the broadcast, because of a Gubernatorial "glorified press conference" on our local Fox affiliate.  That meant when the game broadcast began, we were joined in progress as the Kansas City pitcher was in his opening tosses.

This was the same affiliate that pre-empted the NASCAR Camping World Truck Series Fred's 250 presented by Coca-Cola at Talladega for an ACC gridiron match, not informing us of a tape delay until roughly 90 minutes before it aired.  By that time the results were known and the DVRs weren't set.  Fans complained on their boards.

And speaking of television history, did World Series games move to night over concerns over an FCC rule in 1971?  Remember in 1971 the FCC imposed a rule that networks could not program on Mondays to Saturdays the 7 PM ET hour under "Prime Time Access," a rule that lasted until 1996.  Local stations relied on 6 PM news broadcasts, and news broadcasts had expanded from 15 to 30 minutes (and now, often 5 PM 90 minute local news broadcasts are commonplace).  With an increased proliferation of West Coast baseball clubs (two in Los Angeles, two in the Bay Area, one in San Diego), the Noon or 1 PM local World Series game was no longer feasible.  If there was a Dodgers, Giants, or Athletics game (remember that the Angels and Padres were expansion teams, while the other three were established teams that had moved west), there would have been a 3 PM or 4 PM start to the game.  And a 4 PM start would mean if the game lasted extra innings, the 7 PM hour creep would have run into trouble with the new federal regulation, though it was exempt as sports runover, with stations invested heavily in syndicated programming for the 7 PM hour, it would have been trouble.  Could you imagine network daytime dramas not knowing if it will air because of a game's start time?

That was the primary reason for the World Series games starting at 8 PM since 1971, as to avoid Prime Time Access regulations.

[Editor's Note: Read this story at Awful Announcing wondering if the World Series might eventually wind up off broadcast television altogether, airing instead on Fox Sports 1.]
Email ThisBlogThis!Share to TwitterShare to FacebookShare to Pinterest
Labels: Baseball, Television