The shame of North Carolina 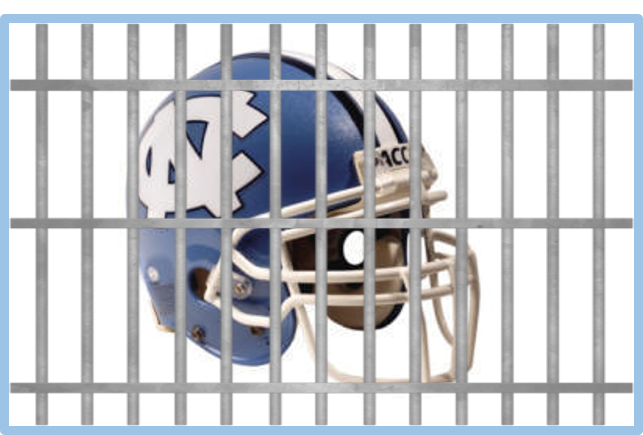 L ate last week, we started to find out the real scope of the academic/athletic scandal at the University of North Carolina, and it's ugly.  How ugly?  Try 18 years of fraudulent classes, mostly designed to enable athletes to remain academically eligible, eventually encompassing "thousands" of students.  If this isn't an example of the Scam of Higher Education, I don't know what is.

Over at Fox Sports, college football writer Stewart Mandel wonders what kind of punishment the university athletics programs face from this "shadow curriculum."  It doesn't seem to have been limited to the football and men's basketball programs, as is often the case (though they were the most highly represented), but in fact was pervasive throughout the entire athletic department.  And there's no chance that the academic counselors who put the jocks through these sham classes were unaware of what they were doing, as Mandel writes:

Jan Boxill, a philosophy professor whose formal title is director of the Parr Center for Ethics, steered women’s basketball players to Crowder [Afro-American studies office manager Debbie Crowder] and literally named their grade. “Did you say a D will do?” Crowder wrote to Boxill in an e-mail about one player who had apparently recycled an old paper. “Yes, a D will be fine; that’s all she needs,” Boxill replied.


That this is a state college and not a private institution makes this even more sickening, because it means the tax dollars of North Carolina residents (as well as all of us, for that matter, insofar as Federal funds are routed to UNC) are paying for this fiasco.

The so-called Death Penalty, in which the NCAA can ban a school from taking part in certain sports, has only been administered a handful of times.  Even those who are most concerned about corruption in college sports have been reluctant to call for it, because it often winds up punishing innocent athletes for sins that may have been committed several years ago.  But in this case, considering the amount of institutional corruption involved, as well as the timeframe over which it's taken place, I think that the death penalty is the only possible answer.  As a matter of fact, I'd call it a good start - before any UNC sports program can compete again, let the university itself show that it actually knows how to educate and graduate students honestly.  When they can prove that, then we'll talk about bringing sports back.  If something isn't done to answer this disgrace, we might as well give up on any pretense of college sports; let's just make them professional minor leagues and leave it at that.
Email ThisBlogThis!Share to TwitterShare to FacebookShare to Pinterest
Labels: Corruption, Higher Education Scam, Sports