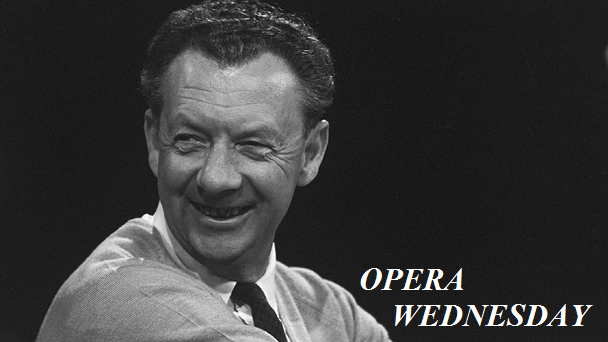 Continuing our theme of 20th Century opera on Opera Wednesday, it's Benjamin Britten, one of my favorite 20th Century composers, with his realization of John Gay's The Beggar's Opera, as seen on BBC in 1963.  This is the complete broadcast, with the music performed by the English Chamber Orchestra under the baton of Meredeth Davies.