The tragedy of the Church and its captain 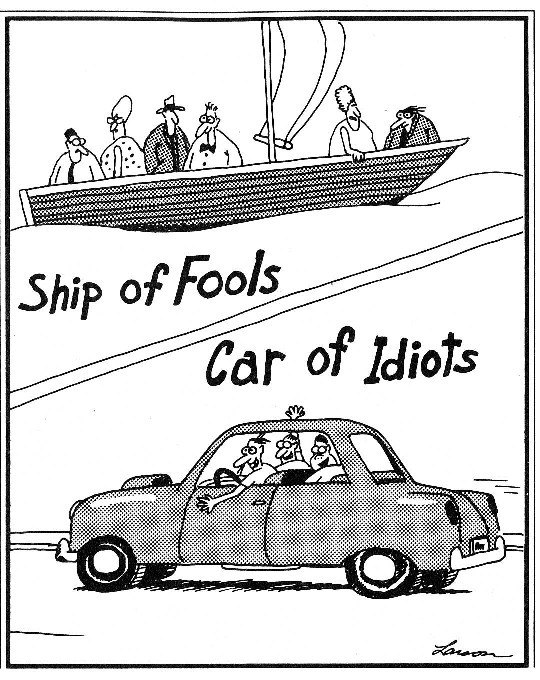 For someone who is 1) Catholic, 2) a frequentor of the blogosphere, and 3) a writer, it is hard to ignore the ongoing drama being played out in Rome, or to keep from succumbing to the temptation to say something about it.  Fortunately, since the readership of this blog is relatively small, I don't always have to have an opinion on everything, and for those times when I do, I can usually do so without having to play up to my audience - to give them raw meat, so to speak, that confirms their own opinions.

Having said that, for those of you who've read what I've written about the Catholic Church in the last year or so, your expectations regarding my opinions are likely to be confirmed over the next few paragraphs.  My feelings regarding the current Bishop of Rome are no secret, nor is my concern regarding the direction in which the Church is headed.  This week's explosive Synod on the Family merely reinforces those concerns - concerns, I would add, that I don't pretend to express as fact.  That's another thing that distinguishes me from other bloggers, I think; while I have a high regard for my own opinion, I don't pretend to have some secret well of knowledge that makes those opinions tantamount to fact.  It's what I think, and while I believe it's an educated opinion, that's all it is.

The one great accomplishment of the Pope is that he's been able to create even more division within the Church than had previously existed.  The Church, at least the orthodox (or "conservative," if you prefer) part of it, has now split into roughly two warring camps: those who think the sky is falling, and those who prefer to say, "nothing to see here, move along."  Each side has its faults; the doomsayers often have the personality of Eeyore, while those who wear the rose-colored glasses seem not only breathtakingly arrogant but utterly dismissive of those who don't see things their way.

Earlier this week I posted on my Facebook page this video, suggesting that it summarized in a nutshell my feelings about the Church:


Now, I know this isn't about the Church, or religion (it's apparently about environmentalism), but it's got a catchy tune and the lyrics ring true to my feelings right now, especially this part:

Or perhaps, I suggested, it was this one instead:

Now, I don't mean to suggest here that the Pope is a fool, because that would not give him enough credit.  Rather, I think Damon Linker has it about right in this column, excerpted by Rod Dreher, in which he gets to the heart of what he thinks is up with the Pope:

Francis would like to liberalize church doctrine on marriage, the family, and homosexuality, but he knows that he lacks the support and institutional power to do it. So he’s decided on a course of stealth reform that involves sowing seeds of future doctrinal change by undermining the enforcement of doctrine today. The hope would be that a generation or two from now, the gap between official doctrine and the behavior that’s informally accepted in Catholic parishes across the world would grow so vast that a global grassroots movement in favor of liberalizing change would rise up at long last to sweep aside the old, musty, already-ignored rules.


If this is true, it's a serious problem, not only for the Church itself but for those outside the Church who nevertheless look to Catholicism as the keeper of some kind of moral foundation, and indeed there's some evidence that these people feel the Pope has thrown them under the bus.  Regardless, this Pope is having an incredibly destructive effect on people within the Church.

So what does one do in such a case?  One person I talked with, recalling Ronald Reagan's description of being deserted by the Democratic Party, said that she didn't feel as if she was leaving the Church as much as that the Church was leaving her.  I don't think this will be an uncommon opinion in the weeks and months to come.  Dreher wonders what will become of these disenchanted Catholics, and speculates that while few of them will actually leave the Church, many will cease their active involvement with it.  I would add that for many Catholics who adhere to a traditional view of the faith, the the option they will pursue is, in some respects, the nuclear one: aligning with the SSPX, the traditionalist movement that, while in communion with Rome (at least for the moment), has such reservations over the direction the Church has taken since Vatican II that a schism may be inevitable.

And should that happen?  One suspects that the future, in that case, would be a small but vibrant counter-Church, whose members adhere to the Church's teachings without being in formal communion with Rome; a core of conservatives choosing to remain in the Church, denying up until the end that there's any problem at all (and then being shocked, shocked to find out that there is); and a formal nucleus of the Church that is more liberal, less grounded in theology, and so bereft of substance that it, like other mainline denominations, will be even less consequential than it already is. Not a pretty sight, and not the best thing in the world for a Pope to hang his hat (or zucchetto, as it were) to as his greatest accomplishment.

According to the teaching of the Church, the Pope is the Church's captain, entrusted with sailing her to safe port, keeping her away from the hazards that populate the ocean.  For that reason, this Pope reminds me not so much of his predecessor Paul VI (who presided over the implementation of Vatican II) as he does of an actual captain of an actual ship: Edward Smith, the first and only captain of the Titanic, who took a supposedly unsinkable ship and rammed it into an iceberg, sinking it on its first voyage.  A ship of fools, indeed.

Make no mistake, the Church and her teachings will survive, in one form or another.  It may well be that groups such as the SSPX will provide the remnant that will keep the faith alive until a different skipper takes over a rebuilt ship.  After all, Christ Himself promised that the gates of Hell would not prevail against His Church.  He did not, however, guarantee that there wouldn't be some rocky times ahead.  Remember, the Holy Spirit does not choose the Pope, but merely acts as an adviser to those who do.  Sometimes, as in the case of the Borgias, they get it wrong.  In our confidence about the ultimate triumph of the Church, let us not blind ourselves to the likelihood that with this Pope, they got it wrong again.  Very wrong.

Christ sought out fishermen, who presumably knew how to sail boats, because they were to be fishers of men.  He did not intend for those boats to be sailed to the bottom of the sea.  And so if we are sailing on a Ship of Fools, we'd better start manning the pumps.
Email ThisBlogThis!Share to TwitterShare to FacebookShare to Pinterest
Labels: Pope Francis, Religion