A case of the demise of "religious" radio 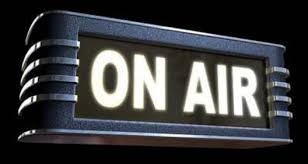 The Terri Schiavo case, ten years later, has back in the news locally in South Carolina as part of an analysis of a recent announcement.  The announcement by a radio conglomerate that they were purchasing the local "religious' radio station and flipping it to their California-based commercial format with programming coming from the Golden State had me looking at the Schiavo case because of how that station's downturn was easily seen in my (soon to be) 18 years with the local Pro-Life Weekend (dinner and March for Life, scheduled for January 9-10).

In the early 2000's, the station had started its changeover, when the station ceased its media participation in the March for Life (the dinner was added in the past four years) as they were missing from media row.  They also eliminated news on the hour, and eliminated Biblical expository teachings from notable ministers such as Tony Evans (editor of the current quarter of the SBC's Explore the Bible and who spoke in our state against the massive expansion of the state government by adding a state-run numbers racket), Adrian Rogers (a legendary Memphis pastor, now deceased;  a Fox News personality recently filmed his Christmas show from his church), and current events programming such as Focus on the Family and educational radio programming Adventures in Odyssey.

The Focus on the Family issue broke out in the mid-1990's, but the controversy began when they began to discuss more current events from a Biblical worldview, and that included having their host leave the show after he confessed to an extramarital affair, and was replaced by legendary sportscaster Gary Bender for a few months.  When the show began discussing Roy Moore, the Alabama Supreme Court chief justice whose Decalogue from Exodus 20 in his office and even one outside the Supreme Court of the state infuriated the Humanist Elites, and Terri Schiavo, the Florida woman whose husband wanted to kill her in order to marry another woman (as we now know, cruelly on March for Life 2006, and was mocked by Seth McFarlane with a raunchy segment on his cartoons), the alleged "Christian" station had enough and purged the shows.  The station manager mentioned the audience for the station was 25-44 women who are mothers and rarely attend church, with Top 40-based music being the basis.  This pattern has arrived in modern churches, where many churches have turned into Life Enhancement Centres where the same emotional Top 40 fluff is played at their services as is heard on such radio stations.  The station's push for a lazy listenership where promoting rock concerts became the only thing that mattered it seemed created this mess.  This even was the subject of a 2003 WND article that was cited as stations began this push towards all entertainment, no preaching, teaching, or information.  Would a religious radio station get away with that now?

And now it has come full circle with the sale of that station to a commercial chain group.  Rush Limbaugh warns of "low information voters".  Modern radio's focus on low information listeners is troubling, and this is the result.  A station's demise started when they did not want to participate in Sanctity of Human Life programming in light of the Schiavo case has led to its demise.