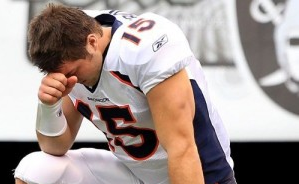 The time-honoured tradition of sporting events, especially in the Deep South with its solid Biblical roots, opening with a prayer is regarded as mandatory before the event, a moment to pause to the Creator for what He has blessed the land and to protect the competitors.  Pocono Raceway began offering chapel (Protestant) and mass (Catholic) services for competitors since 1971, when Mario Andretti discussed the issue with Rose Mattioli, the matriarch of Pocono.  Since 1974, the Indianapolis 500 has done such, with the Archdiocese of Indianapolis having the honours annually save a few exceptions (Oral Roberts and Billy Graham).  Since 2001, all regular-time starts (not accelerated because of weather) in NASCAR have started (after the pregame show) with the minister's invocation.

And sometimes, thanks to a few ministers who forget the solemnity of the occasion (as we've seen in Gladeville, TN during an Xfinity race that was the final one for that circuit), and even in popular culture, it has been mocked.  And Joe Saward, of all people, entered the mockery of prayer services at sporting events in a recent discussion. In August, Dorna, which organises MotoGP television broadcasts, yanked the audio from the public address system at Indianapolis when the minister's invocation was happening, much to the ire of Fox Sports 1, which understands the lay of domestic broadcasts is to include the minister's invocation, which has been time honoured at the Brickyard for 41 seasons.  During the Formula One race in Austin, Leigh Diffey made the standardised motorsport protocol of "Let's go trackside for the opening ceremony," and the broadcast went to the National Anthem from a Got Talent winner (either Got Talent or The Voice of Holland winners perform, a request of NBC).  No invocation.

If it isn't clear that the roots of the United States are deeply embedded in a belief in God from the days of the Pilgrims and the Founding Fathers, it was clearly evident in how mocked that faith is to others.
Email ThisBlogThis!Share to TwitterShare to FacebookShare to Pinterest
Labels: Culture, Religion, Sports