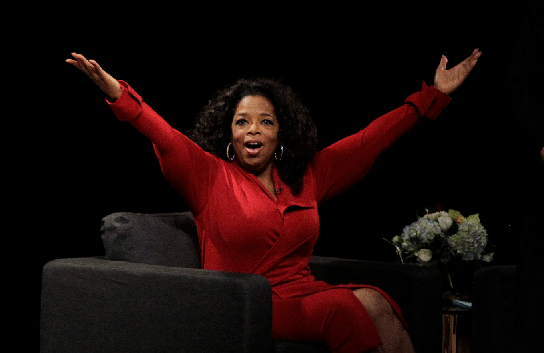 
(CHICAGO -- September 15)--Oprah™ Winfrey, America's talk show goddess for the last quarter century, has something very big up her sleeve for her show's finale in this her 25th, and final, season on the air.

Oprah™ began the season in September by telling 300 members of her studio audience that she would be taking them on an eight-day, all-expenses paid trip to Australia.

How she would end her daytime talkfest reign was a mystery, until now.

Oprah™'s producers have revealed that on the final show, to be aired in the spring of 2011, Oprah™ will create a new life form. 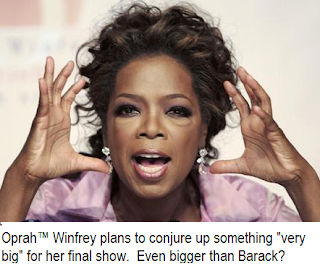 "Giving away cars was big, going to Australia was even bigger," says Jaqui Lacquey, a producer of the Oprah™ show. "But for the finale, after all this woman has done, and who she is, after all, we really needed a topper. And I think we've done it. Or, should I say, she will do it."

The exact nature of the life form that Oprah™ will create is a closely guarded secret. “Animal, vegetable, human, extra-terrestrial, we're just not going to reveal that right now," said Lacquey. "But it will definitely be new and extraordinary and mind-blowing, and we'll have all the details about it on Oprah™.com and a full color-spread in Oprah™, The Magazine, and a special will be prepared for the Oprah™ channel. This will be beyond big."

As to the identity of the final guest on the final show, that too, is a mystery, but some definite hints are being dropped. "Oprah™ certainly wants someone of enormous significance and fame as her final guest," said Lacquey. "She's already had presidents and queens and every A-List celebrity you can think of. Let's just say that we are in negotiations with the people of the only other entity known to have created life-forms. That's all we can say right now."
Email ThisBlogThis!Share to TwitterShare to FacebookShare to Pinterest
Labels: Humor, Oprahfication, This Just In