You're paying for this? 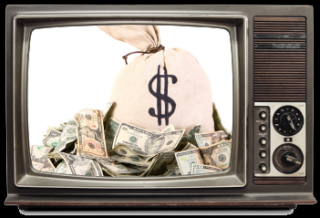 The Los Angeles Dodgers' payroll is at $226 million for the 40-man roster, plus $44 million for players not on the roster with previous deals.  But with its television contract with Time Warner Cable being lucrative (Sportsnet LA), the rest of the nation with TWC, including our Midlands market, must pay the bill without anything given back.

What they do is insert a per-subscriber fee for Sportsnet LA, then pop the screen "This program is not available in your area," on all day and night long.  Does that seem to be part of the tactics subscription television is resorting to shut out local television?  If this is the next lowball tactic, what's next?  The Yankees (YES) and Red Sox (NESN) also pay their salaries by making more of the nation pay their per-subscriber fee, but the difference is both teams have interests in the Premiership (Manchester City for the Steinbrenners and Liverpool for John Henry), so they air magazine shows for their clubs.  Both Boston and New York are in ACC territory, so ACC sports ticketed for regional channels often air on both, and are not under territorial restrictions.  NESN also has college hockey and because Boston College is all-sport, unlike Syracuse (YES), can air more ACC coverage.

The tactics for the regional sports networks are starting to become questionable as games are going to these specialised channels.  Local broadcast stations are being treated without relevance as more regions are unable to watch local games.

Has the HBO victory 40 years ago created this?  Consider that two of soccer's top leagues are pay-television only in their home markets (Barclays and BBVA leagues), and the players' salaries are greater than the NFL, which has an FTA deal that requires local over-the-air broadcasts of all games involvinig the local team.  The NFL is the only league left that puts a greater emphasis on over-the-air broadcast television instead of subscription television.