On the coming persecution (II) 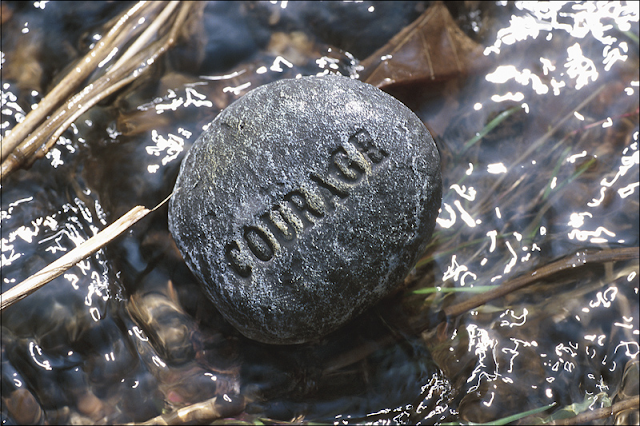 There is," said an Italian philosopher, "nothing more difficult to take in hand, more perilous to conduct, or more uncertain in its success than to take the lead in the introduction of a new order of things." Yet this is the measure of the task of your generation and the road is strewn with many dangers.

[M]any of the world's great movements, of thought and action, have flowed from the work of a single man. A young monk began the Protestant reformation, a young general extended an empire from Macedonia to the borders of the earth, and a young woman reclaimed the territory of France. It was a young Italian explorer who discovered the New World, and 32-year-old Thomas Jefferson who proclaimed that all men are created equal. "Give me a place to stand," said Archimedes, "and I will move the world." These men moved the world, and so can we all. Few will have the greatness to bend history; but each of us can work to change a small portion of the events, and in the total of all these acts will be written the history of this generation.

[…] It is from numberless diverse acts of courage such as these that the belief that human history is thus shaped. Each time a man stands up for an ideal, or acts to improve the lot of others, or strikes out against injustice, he sends forth a tiny ripple of hope, and crossing each other from a million different centers of energy and daring those ripples build a current which can sweep down the mightiest walls of oppression and resistance. […]

Few men are willing to brave the disapproval of their fellows, the censure of their colleagues, the wrath of their society. Moral courage is a rarer commodity than bravery in battle or great intelligence. Yet it is the one essential, vital quality for those who seek to change the world which yields most painfully to change. […] I believe that in this generation those with the courage to enter the conflict will find themselves with companions in every corner of the world.

[There is] the temptation to follow the easy and familiar path of personal ambition and financial success so grandly spread before those who have the privilege of an education. But that is not the road history has marked out for us. There is a Chinese curse which says "May he live in interesting times." Like it or not, we live in interesting times. They are times of danger and uncertainty; but they are also the most creative of any time in the history of mankind. And everyone here will ultimately be judged -- will ultimately judge himself -- on the effort he has contributed to building a new world society and the extent to which his ideals and goals have shaped that effort."