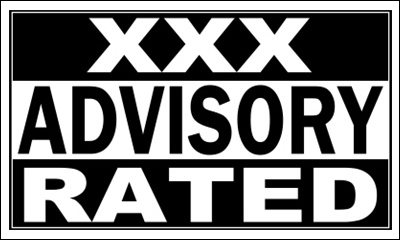 Until the late 1980's, television was set with the Big Three networks.  Now it's the Big Four services of HBO, Showtime, Netflix, and Amazon Prime in control of television, content, and standards, with the Emmys favouring the TV-MA (X rated) shows on the Big Four they watch, winning the major awards annually. With no accountability required to viewers or advertisers, the shock value of television, which is part of art's turn to shock value, has become the standard.

If crossing the line wasn't bad enough with language, now the standards have crept into advancing all forms of sexual immorality, with Amazon Prime's winning shows promoting such actions, and HBO denouncing President Reagan for not helping with a cause celebre of the Left.  We have now seen that line truly crossed with a report on the filming of HBO's Westworld has drawn the ire of the SAG-AFTRA.  According to the report, background actors ("extras") for the HBO show are required to sign what the Hollywood Reporter calls "a nudity and sex consent form that reads like the Kama Sutra and that has SAG-AFTRA officials worried".

Now that the Hollywood elites have changed from network television to the Big Four Services, there are no standards.  And the result is such garbage being called "art".  Would this have been permitted 30 years ago?