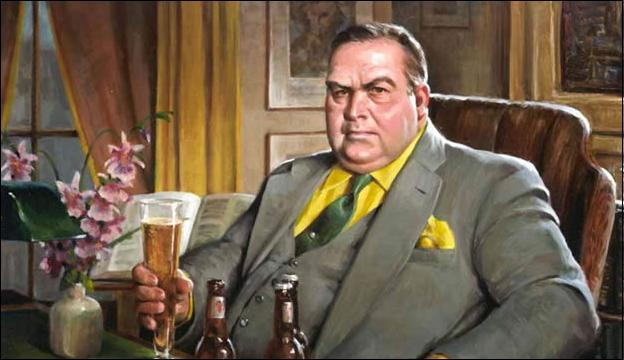 ongtime readers know my fondness for Rex Stout's Nero Wolfe, whom I've quoted many times at this blog, as well as having praised one of the very best television adaptations over at the TV blog.  It should be no surprise, therefore, that I was attracted to this story at the Weekly Standard on the history of what Benjamin Welton calls "the stationary detective."  Wolfe is, of course, the first name that comes to mind (my mind, anyway) when one thinks of sleuths able to solve crimes without leaving the house, and Welton spends a good deal of this brief article talking about Wolfe, but mentions several other detectives as well.  Mystery fiction is all the rage out there, but if you don't mind going back a few years, I think you'll find that many of the authors Welton discusses are worth your while as well.  Check them out, but read Wolfe first!
Email ThisBlogThis!Share to TwitterShare to FacebookShare to Pinterest
Labels: Books, Nero Wolfe