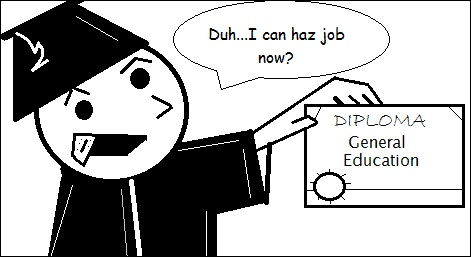 Much has been said of a nationwide campus walkouts by college students starting in Missouri and Yale, claiming discrimination and demands of equality, which includes "sexual" equality (re: men in women's bathrooms, elimination of prohibitions on sex offenders, and of course, illogical thinking that requires us to pay for all forms of sexual perversion), racial equality (certain people are allowed to loot, dismissal of leaders opposed to their extremist views, and permanent repatriations that everyone else must pay certain people for slavery from over 150 years ago, and other types of absurd ideology that we are seeing in academia from such wicked worldviews.  They are demanding a "safe space" for their antics -- and the courts have forced the entire country to be a "safe space" for sexual perversion though majorities nationally (and over 75% in many states) have said no.  Now they are pushing it on every view they demand.  This is why ENDA and other "discrimination" laws are designed to force conformity with the sexual elites' demands for sexual freedom as the only freedom, and create a worldview apartheid that is worse than racial apartheid of South Africa.

The unruliness of the left's activists everywhere shows no boundaries.  They have automatic excuses for everything, and anyone opposed to them must be removed from campus.  In effect, they are using the campus to develop, in accord with the courts on their side packed with urbanites as noted by Justice Scalia, a dictatorship where all opposing views must be erased from the area and replaced with the one view these crybabies demand must be obeyed by everyone else, even if over 85% oppose it.  Isn't this what led to the Declaration of Independence?

The latest in protest rage has been against college professors such as Carol Swain, who called the modern extreme Islam a threat to security (see the rash of homicide bombers in Paris, Hannover, and other European cities), and other similar professors.  The protesters do not want anyone to read and think about the issues. Rather, they demand a total obedience to the left-wing orthodoxy that they see in Hollywood and certain academics, and most notably, the Executive and Judicial Branches of the government.  And if you do not believe in their ideology, you will be shouted down by the left wing activists in ways you would never believe.    It has become an expansion of Occupy Wall Street to a new generation of college students.

As I simmered over dinner, it dawned on me.  For the past 25 years, since Zell Miller's victory in Georgia, and his idea of expanded government by making the state a bookie through the form of state-run gambling, called a "lottery for education," where the money does not go to academics but instead goes more to the gambling service providers, states have been riding the bandwagon of "gambling for education".  Many states voted a certain way to push the state-run gambling racket.  They have been massive failures, and the result is with more "free" money for kids to attend college, the price of graduate schools and tuition for college as a general rule has gone up considerably because of gambling money funding certain students.  Add to that the Obamacare funding ruse where the government controls all student loans, and we have the perfect storm for disaster in academic funding.  This entitled generation that has been told government is everything demands the government forgive their loans.

Is that the problem in a nutshell?  An entitled generation protesting in college today has not had to work for their tuition; they have had their college allegedly paid by the state-run casinos and the the state-run bank under the socialised medicine programme that prohibits your local First Citizens Bank (North Carolina), South State (the only two banks where I live, I hold shares in both), Toronto Dominion, credit unions, or other well known banks from financing education.  When they learn they must work for it, they refuse and demand more.  Now think about it.  A state-run casino funds students' education, and state-run student loan financing is a monopoly.  They are taught government is their deity, and no education into the free enterprise system, but the virtues of the CCCP by the state-run everything, has created an entitlement generation.  When will they learn the government is the problem?

These students protesting need to be expelled, and the federal monopoly on student loans imposed in Obamacare must be abolished, along with the state casinos that fund education.
Email ThisBlogThis!Share to TwitterShare to FacebookShare to Pinterest
Labels: Gambling, Higher Education Scam, PC, Terrorism