Flashback Friday: The integrity of the critic 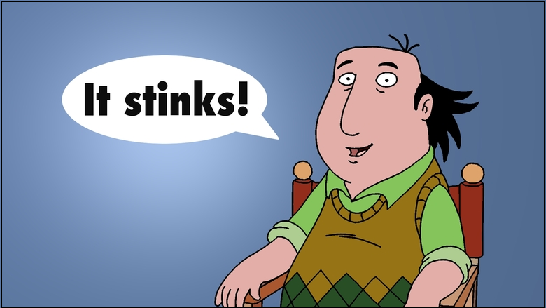 In case anyone's looking for a story for a new opera, I have a suggestion: Herman Wouk's The Caine Mutiny. I don't think anyone's done an opera of that yet.  And in the starring role of Captain Queeg, the Caine's insane master with an obsession about strawberries, I have the perfect casting: Peter Gelb.

Peter Gelb, you see, is the General Manager of the Metropolitan Opera, and a couple of weeks ago he made the extraordinary suggestion (read: order) that Opera News, the monthly magazine published by the Metropolitan Opera Guild, stop reviewing productions done by the Met.  It seems as if Mr. Gelb was offended by some critical reviews of recent Met productions, and decided that the best way to combat this was to kill the messenger.

Criticism of Peter Gelb in this space is nothing new - you may recall his appearance on our Enemies List a couple of years ago.  And as a paying subscriber to Opera News, I read the specific pieces that appear to have been in question.  I remember thinking that at the time that hey were extraordinary pieces of criticism coming, as they did, from what many people consider the house organ of the Met.  And not only did I not see them as unfair, I agreed with them almost 100%.  While I'm sure this criticism had to hurt, especially since Robert Lepage's Ring has been Gelb's prize baby, neither of the articles said anything that hadn't been said already by other opera writers in many publications and forums. You'd think that Gelb might have taken this as a sign, but rather than admit he has no clothes, he chose to critics as best he could.

Predictably, the move backfired.  Such was the level of outrage (and, in many cases, vitriol), that Gelb was forced to resind his decision by the end of the day. This can only be good news for Opera News - as Terry Teachout commented, during the few hours that the ban was in effect:

In so doing, [Gelb] has guaranteed that nothing published in Opera News about the Met, be it positive or negative, will henceforth be taken at face value, and that no reputable music journalist will ever again agree to appear in its pages.


Now, I'll admit that Peter Gelb has done some things right.  The HD moviecasts, for example, have been a marvel.  But even within that silver lining there have been clouds, with more than one critic noting that the productions seem to be more and more geared toward the movie audience rather than the live audience at the Met, which makes for a very disappointing (and expensive) night at the opera.

Couple this with Gelb's desire to rid the Met of some of its most classic productions, such as the Zeffirelli staging of Tosca and the Schenk Ring, and replace them with vapid, minimalist settings; and the absence of James Levine, still suffering from poor health, and you have a situation where the Met has become, in the opinion of many, an increasingly stale institution.  Alex Ross discusses the Met's tarnished reputuation here. Gelb may be a brilliant marketer, but he seems singularly incapable of providing a steady hand on the tiller. (I particularly enjoyed critic Norman Lebrecht's suggestion that the men in the white coats may be coming to the door soon.)

And while on some level it's satisfying to see Gelb being savaged, ultimately I take no pleasure in it, because in the end we're not talking about one man alone, but an institution.  The Metropolitan Opera may not be the nation's best, or most creative, opera company - but it is its most visible. For many who were weaned on the Saturday afternoon radio broadcasts, the Met is opera in America.  Perhaps it's time for the board of the Met to take a closer look at Gelb's management of the company, and whether this kerfuffle is just an abberation, or the shape of things to come.  Because when the Met is diminished, all of opera, and all of us, are just a little bit diminished as well.