Wish I'd written that: can the Catholic Church get any crazier? 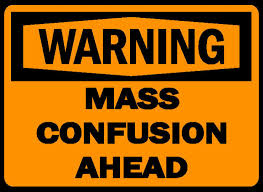 The Pope is not world leader, the Church is a Communion. Its model is some contemporary presidency anymore than it is a feudal monarchy, he is after all servus servorum Dei [Servant of the Servants of God], he has the least place in the Church. He is the Pontifex Maximus, the one who build bridges. We did not see that during the Synod on the family; rather the raking open of old wounds, the aggravating of divisions, even the playing of faction against faction. The Holy Spirit, as any reader of Jesuit discernment of spirits knows, is the bringer of unity, healing and peace whilst factionalism, murmuring, divisions, folly, strife etc come from an entirely different Spirit.

"I pray for the time when every Catholic is so imbued with a sense of the ownership of the faith that he would tear a bishop or priest from his pulpit if ever he taught his own views in place of the revealed Truth. The thing is that the Pope shares in our faith: the faith of the whole Church, a communion that is both horizontal [and] vertical. It is not 'his faith', anymore than the Church is his personal fiefdom. His role is to denounce error, and to do so with care; we all know what will happen when the [master] returns to the steward who sets about beating the men and maid servants in his absence."