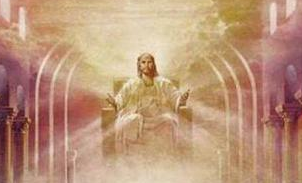 (Heaven, March 2, 2016) Yesterday, God said that despite Barry Bonds' recent claim that “God knows I’m a Hall of Famer,” He actually has not made His final decision on that yet.

“I haven’t made up My mind,” God said. “The whole steroid, performance-enhancing drug controversy is very complicated. I think I’ll wait to see what the baseball writers decide.”

Bonds ended his playing career with 762 home runs and a .298 batting average. But because of illegal drug suspicions, he has not yet come close to receiving enough votes to get into baseball’s Hall of Fame. He has six more years of eligibility.


“It’s not just Barry Bonds I’m puzzled about, it’s Roger Clemens and a few others,” God said, clasping and unclasping His hands. “There’s a lot to figure out these days. That whole Middle East mess, the 2016 presidential election. And now that Zika mosquito. What’s next? Seems like there just aren’t enough hours in the day. Maybe I should have made more of them. Hours, I mean.”
Email ThisBlogThis!Share to TwitterShare to FacebookShare to Pinterest
Labels: Humor, Sports, This Just In