Don't take us down the path to defeat again 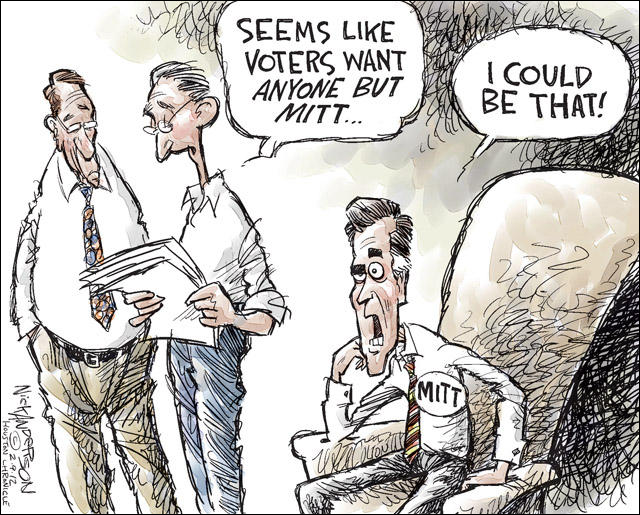 The other day, as I was reading about Mitt Romney's diatribe against Donald Trump, I couldn't help but be reminded of a speech given many years ago by the great Republican Senator Everett Dirksen. I wasn't quite sure of the time or the details, but I was fairly certain I could recall the gist of Dirksen's speech, and a well-placed Google search confirmed the rest.

It was at the Republican convention of 1952, which had developed into a two-way contest for the presidential nomination between Dwight D. Eisenhower, the hero of World War II, and Ohio Senator Robert A. Taft, known to one and all as "Mr. Conservative." The issue in question was the seating of the disputed Georgia delegation, which was being contested between competing groups of Eisenhower and Taft delegates. Dirksen, one of the most influential conservatives in the Senate and a supporter of Taft*, had risen to defend the decision of the Credentials Committee to seat the Taft delegation. All this is background, but there are only two things that one needs to understand to appreciate the moment, which comes just under 18 minutes into this clip, when Dirksen turns and points toward New York Governor Thomas E. Dewey, who had sought the Republican presidential nomination three times, winning it in 1944 and 1948 before losing the general election, the second time to Harry Truman in the famous "Dewey Defeats Truman" election.

*Dirksen nonetheless vowed to enthusiastically support whomever the Republican candidate was, as indeed he did.

"You took us down the road to defeat," Dirksen shouted at Dewey and his New York moderates, supporters of Eisenhower's candidacy, and indeed one wonders if the same words shouldn't be applied to Mitt Romney. It's one thing to come out against Donald Trump, as is Romney's right, although when juxtaposed against Romney's words about Trump just four years ago, one can see it as a bit ironic.

As I've said, I don't have a real horse in this race. I have a candidate I favor, and I'm perfectly willing to allow that candidate to win or lose based on the results of the primaries and caucuses. I don't know whether or not Donald Trump is the real deal, but there's no question he's shaken up the establishment and challenged the conventional wisdom of party leaders, and that's something that badly needed to be done.

Political parties really don't much like conventions. Aside from allowing party leaders and delegates a chance to hand out favors and money to their friends and allies, to collect the same from hangers-on and moneyed interests, and to party for a week in a location where free food and booze are overflowing, conventions don't really accomplish much, not the way they did in 1952. Party leaders see conventions as messy things where dirty laundry can be aired, where delegates sometimes have the nasty desire to think for themselves rather than be controlled by the party establishment. No, they much prefer something cut-and-dried, where everything goes according to plan and we're left with boring, mostly ignored soundbites. Honestly, except for the graft, I think they'd be happier if there were no conventions at all.

Even so, one can hope, and if it should come that there's a fight over the convention rules, or if Romney (or another establishment surrogate) gets involved in a brokered convention, one could imagine a courageous speaker taking to the podium, pointing in the general direction of Mitt Romney"

"How dare this man, who four years ago snatched defeat from the jaws of victory, try to define what it is to be a Republican.

"How dare this man, who seems more at ease attacking fellow Republicans than the Democrats against whom he runs, try to tell us who is and isn't a Republican.

"How dare this man, who asked for your support four years ago, stand here now and try to tell you that your vote doesn't count, that you have no business deciding who the Republican nominee is.

"Governor Romney, there is only one thing to be said to you, and that is this: Four years ago we followed you, and you took us down the path to defeat. It is now time for us to be done with you, and I say to you, 'In the name of God, go.' "
Email ThisBlogThis!Share to TwitterShare to FacebookShare to Pinterest
Labels: 2016 Campaign, Politics, Romney, Trump