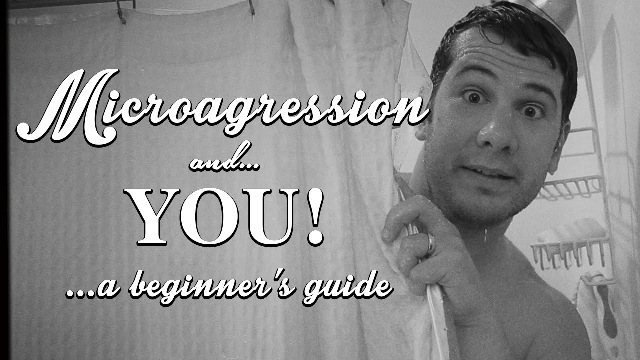 There are some stories appearing on the wires that will amuse you.  One that had me thinking for a bit on this Tax Week was the University of Oklahoma human relations theory class that stated a white man cannot be singing songs from pop diva Robyn Fenty (see December 2010 commentary on Grammys) or he would be causing "microaggressions."

What type of indoctrination is happening in our schools now?  This reminds of a very popular sexual deviant male, British pop singer that at the time was well-known for his cover of another (now deceased; her daughter died in a similar suspicious behaviour) female pop diva of the 1980's hit (he has since been known for singing the theme to a Bond film).  We'd charge microaggressions for him singing that diva's hit under the logic of the Sooner Schooner.  And don't get me started on the numerous numbers of "wailing women and moaning men" who sing certain Top 40 songs on "religious radio" via the karaoke machine when men sing women's and women sing men's hits under this logic.  Can you imagine a big 90's femme hit I loved for many years being sung by a mixed quartet (which could fit)?  Pre-LaRoche Era Bobby would be guilty, but LaRoche and Beyond Era Bobby understands this tenor isn't designed to sing soprano songs!

That absurdity on the news reminded me of this in England a while back, where a man sang as the lead singer of their Life Enhancement Centre's rock band (it's no church, we know what these Warrenist types and Perry's House of Heresy do) a song from a 90's femme supergroup that I remember from college days seeing numerous times, resulting in a nickname for the venue where they performed the night before the first game of the ECHL championship series, the same venue where in January I attended the Fox Business debate well organised by Bartiromo and Cavuto. Knowing this is a femme song, I just had to wonder would he be guilty of a microaggression considering two members of that group at the time have sons who are gridiron-playing seniors, one of whom is signed to play at a top FCS school in 2016?
Email ThisBlogThis!Share to TwitterShare to FacebookShare to Pinterest
Labels: Microagression, PC