Bonnie is coming -- time to get some notes through! 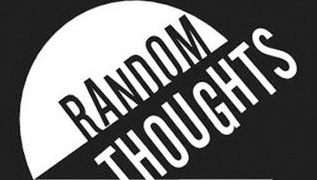 Bonnie is ready to strike more fear to this waterlogged area after the Joaquim-related flooding that much of our Midlands has still not fully recovered (ask my fitness buddies the Marshas).  As I write this, I have a few random thoughts headed.

Not Suited For Prime Time Advertising.  The promos ABC is running for the post-Carlisle edition of To Tell The Truth, the first since the show's signature figure died in 2007, is very inappropriate. One promo has the panelists (including Betty White, who has now appeared in 21st century versions of Password and To Tell The Truth) asking which of the three taught a popular actor how to perform an inappropriate for broadcast routine in movies.

Why Game Show Revivals Are Not Reboots.  Mitchell has asked on It's About TV about bad television "reboots" when they are retellings that, if it was sci-fi related, would be appropriate because of the imagining of how we see the future in 30 years then and now are different.  (See the 1987 Mission: Impossible which had sci-fi influences, especially with Phelps' disc player, and even the command center.  That makes me ask if Peter Lenkov took a 25-year old proposed spinoff "Son of MacGyver" that never sold and toyed with it for a reboot that could be that plan that never got off the ground.) What was asked to those surveyed for Family Feud in 1976 is not the same type of question you expect in 2016 since he plays with CBS properties sold to Paramount by government mandate, and Paramount television properties returned to CBS following what was effectively an NFL-forced split after Super Bowl XXXVIII).  What type of deals we see on Let's Make a Deal in 2016 are not the same we would have seen in 1970.  And some pricing games on The Price Is Right in 2016 would not have made sense in 1985.  Yet two of the three most popular shows on television today are revivals of old game shows.  Think about it.

Missing Barney.  This Memorial Weekend of motorsport is the first since the death of Barney Hall in January.  Yet for two of the three voices that call the races, he was an influence.  Fans have found MRN audio to mix with the videos from classic races (note the 1980 National 500 in Charlotte -- are these the graphics we could see on NBC for the Rebel 500, which has a 1980's theme this year?), and note who is working with Barney in each broadcast.  Can you identify the voices that worked with him?


And just to take the radio influence one further, the track announcer for the thrilling Freedom 100 Indy Lights finish was none other than Bob Jenkins, one of two primary track announcers at Indianapolis.  Dave Calabro is the other.  The large crowd was able to listen to the track announcer, naturally.

The Trilogy to the Pens.  Pittsburgh did beat Washington in the Trilogy, with the rubber match ending up with the Capitals' prospect goaltender Vitek Vanecek (who effectively had to play the semifinal all alone after the more experienced goaltender was injured in the previous round) being peppered with three goals in the first five minutes of Game Seven of the ECHL Eastern Conference finals to let Wheeling, WV (Pittsburgh) beat Charleston, SC (Washington) in Game Seven and the final.  Earlier Scranton/Wilkes-Barre (Pittsburgh) lost to Hershey (Washington), and of course Pittsburgh beat Washington.

Why Some States Celebrated Memorial Day on May 10 Instead?  This one's simple.  The federal Memorial Day was originally started for Union war dead in the Civil War.  Naturally, of course, some states were not in the nation as a result of secession.  Most of these states celebrate it on May 10. That's why the NASCAR Rebel 500 (now held in September) originally started as a Confederate Memorial Day event.

And With the Poor "Academic Teaching" of Today's Schools.  The hatred of this country, whether it is apologising to Japan for Hiroshima (remember they bombed Pearl Harbor -- note how the USS Arizona memorial is seen in Five-0's open, with it next to the USS Missouri), or defacing a Vietnam War memorial plaque in California, is part of the revisionism in teachings.  We ignore our heroes while the "new narrative" promotes sexual perversion month and why they are teaching this generation to advance all sorts of fake "genders" to confuse people.  We have lost our moral compass thanks to elites, and the majority is not allowed to speak.  Ask the over 75% in most states who marriage laws were treated as trash by judges representing only a few cities, most of which are not in the states in question.  Go figure.  It's Book of Judges egos.  But God's Word is "hate speech" under Shepard-Byrd, which is the standard of academia now.  Huh?
Email ThisBlogThis!Share to TwitterShare to FacebookShare to Pinterest
Labels: Culture, NASCAR, Politics, Sports, Television