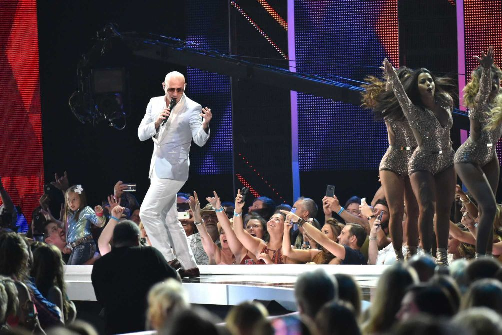 It's well known that I am not a fan of MTV.  A close friend of mine from college had a cousin who was a CBS executive at its now-defunct Charlotte office when MTV Networks took over CBS cable operations and shut down that office.  I've also heard stories of the demise of the network's Nashville offices as their Nashville-oriented cable networks were surrendered to MTV and reassigned.  I knew something was fishy, but in light of last week's complaints about the CMT Music Awards, it proved correct what I had thought was the evils of MTV.

Like the College Football Playoff and even the NCAA Final Four and Championship Game, which have moved to pay television, the CMT Music Awards, in an effort to spin the ratings of a reduced audience thanks to pay television, aired on multiple different channels in their family.  In this case, the CMT Music Awards aired on various MTV channels, and I noticed at least three channels in MTV's group aired it (and they were not country music-related channels either).  The primary complaint appeared after Hispanic hip-hop star Armando "Pitbull" Pérez performed with dancers at Bridgestone Arena (above) in a routine that was a bit on the questionable side.   But this was normal for him, considering what I've learned since a 2009 dance performance by our adult jazz team that used one of his ditties that I later uncovered used automotive metaphors to refer to a certain part of a woman's body (and had the imagery of public indecency).  Later, another pop group from a short-lived US version of a British pop music programme (lasted only two seasons) performed.

This event displayed how MTV was making the CMT brand theirs since 2000 (read the first paragraph;  they also began developing what we know as Spike now, and I have never watched the modern Spike save for one a few minutes of the 2004 Long Beach Champ Car (fka CART) event that showed Bob Jenkins wasn't worth being on MTV;  he was tossed two events into the CART Champ Car season for a series in a deal that was split with HDNet for high-definition that eventually the owners gave up on MTV, one of the big mistakes that led to its demise in the later years of what Robin Miller calls The Split;  all of the video of the MTV broadcasts (and the 1998 Pep Boys IRL events on the former Nashville Network that MTV shut down to create Spike eventually, now belong to INDYCAR, and all of the former CBS/Ed Gaylord The Nashville Network NASCAR archives now belong to NASCAR Broadcasting), nothing more than an MTV light was evidenced by the announcement they were picking up a Lionsgate Entertainment and Disney series that ABC did not renew with a new season that will likely be even raunchier, coming even closer to TV-MA (the equivalent of an X rating in the movies) because MTV can go TV-MA, which ABC cannot because of broadcast decency standards. This awards show seemingly was a "MTV VMA Light," though it will probably never reach that level of sending people to the Oval Office.

The CMT Music Awards performance featuring Mr. Pérez was nothing short of pushing MTV's inappropriate styles on country music fans, and is another part of MTV's control of music that in a more serious way is why we are seeing inappropriate music and messages to children, meanwhile, the great masterworks of classical music, sacred song, and opera are being ignored.  MTV's control of popular music has led to such inappropriate acts such as Mr. Pérez and other questionable pop stars. It proves the point if you give MTV anything, they will make things worse.