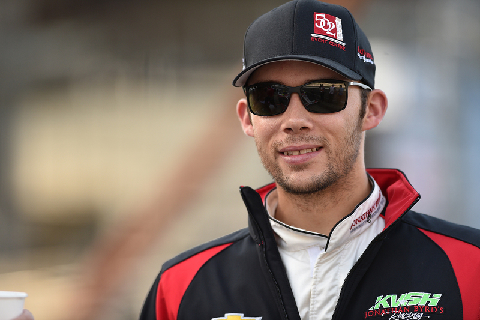 Three-time “500” starter Bryan Clauson (#88 Dale Coyne Racing Jonathan Byrd's Catering Honda) died Sunday night from head injuries from contact after a violent flip at the Belleville (KS) Midget Nationals A-Main at the North Central Kansas fairgrounds in the said city.  On Lap 14 of the 35-lap A Main, during a battle for the lead the half-mile high-banked dirt track, Clauson, a three-time winner of the event battled Chad Boat, son of former Verizon IndyCar Series race winner Billy, for the lead when, in a classic dirt track “jumping the cushion,” his midget climbed he armco guardrail, flipping violenly and hit by Ryan Greth.  Clauson was transported to a Nebraska hospital where he died the next evening.  Clauson is the fifth Indianapolis 500 starter since 2000 to be killed in a crash from a motor racing incident.

Thoughts and prayers go to the Clauson family.
Email ThisBlogThis!Share to TwitterShare to FacebookShare to Pinterest
Labels: Auto Racing, Obituaries