Talk about an Olympian task... 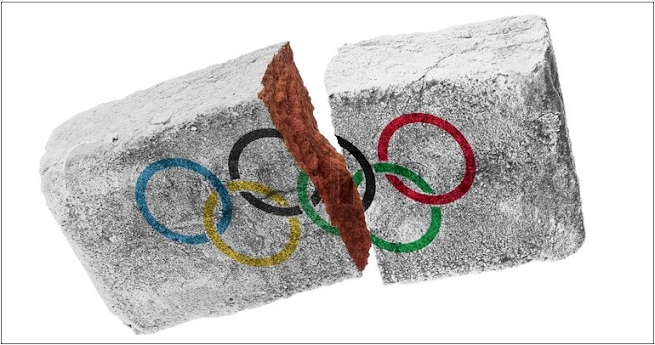 It's come to my attention that the Summer Olympics apparently start tonight; Note that I say "apparently," because, well, you know - Rio. If you're not sure why that matters, let Charles Pierce remind you with this fine article from a couple of days ago. Now, when it comes to politics, I don't agree with Pierce at all, but he's still a helluva writer, and when he's right it's that much more entertaining. Anyway, read it all, but here are some highlights:


The list - I'd call it a laundry list, but I doubt any laundry could clean this mess up - of Olympic shortcomings reads like a who's who of calamity. Just a short list would include the following:

As I said, this is just a partial list; your results may vary. But at least there won't be a condom shortage.

I was in Chicago on the day that the Games were given to Rio; the country was still in the first flush of Obamamania, and everywhere you could see signs promoting Chicago as the obvious choice. We'd flown into town just a couple of hours before the voting was scheduled to be held, and the cost of watching on local TV as the city was eliminated on the first ballot was, as they say, priceless. As was the sight of all the discarded Olympics signs from the rally in Daley Plaza laying in the gutter later that day. But just because Chicago failed didn't mean the International Olympic Committee had to give the Games to Rio. What kind of an organization would do something that stupid?

Speaking of human sewage, let’s talk for a moment about the IOC. In addition to trying to sell the world on a Roger Corman movie masquerading as a sporting and cultural extravaganza, this pack of buffet grazers so completely bungled its handling of the Russian doping scandal that it managed to make Vladimir Putin seem like the wronged victim of capricious authoritarian regimes. That’s quite a feat.


Now, I know there are a lot of you out there who are probably looking forward to the Olympics. You don't care about all the politics behind the scenes; you're interested in the grace of the athletes, the drama of competition, the stirring human interest stories. And for your sake, I hope this things aren't so bad that the thrill of victory and the agony of defeat can still show through. However:

These are Games that never should have happened. No matter what glories we may see over the next 18 days, the Olympic Games of Rio remain a reckless operation run by people who never get near the social problems into which they have dropped their party. Almost as revolting as the Games themselves is the inevitable whitewash of all the problems that will occur if, somehow, the entire city of Rio doesn’t vanish under the waves over the next couple of weeks. We will hear nothing but amazing stories about “overcoming adversity,” and how the plucky Brazilians managed to pull off a logistical miracle after an (admittedly) rocky start. Then the world will leave. The favelas will fill again. The government will continue to be a phantom. The fishermen will keep getting killed and the flesh-eating bacteria will once again, well, eat flesh.

Note that I say "almost."
Email ThisBlogThis!Share to TwitterShare to FacebookShare to Pinterest
Labels: Olympics, Politics