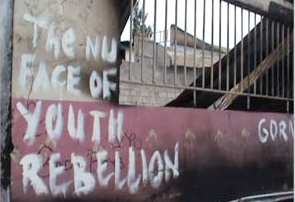 Art  began to champion everything opposed to the Enlightenment and science:  It exalted emotion over reason, instinct over rationality, sensation over thinking, primitivism over civilisation.  Taught first in art colleges, this avant-garde philosophy found its way into recording studios.  In fact, a number of influential British rock musicians actually started out as art students, among them Keith Richards, Peter Townshend, Eric Clapton, and John Lennon.  As a result, the Beatles, the Rolling Stones, The Who, Cream, and many of the other British bands were deliberately creating music that expressed the philosophy of the artist as a romantic hero who smashes established culture to create a new culture of moral freedom, emotional release, animal energy, and vivid sensation.  The sheer energy of rock -- the pounding beat, the screams, the spectacle -- is intended to bypass the mind and appeal directly to the sensations and feelings."

Charles Colson and Nancy Pearcey, "How Now Shall We Live?"

Take that from the turn of the century book, then modern pop music being listened by the generation protesting (see the Charlotte riots, Occupy Wall Street, and other left-wing marches) and ponder how the idea of defying authority heard in rock and rap tunes over the past 50 years has given us such lunacy of disobeying authority (note the number of police hatred in NWA's "Foxtrot the Police" and Tracey Darrow's "Cop Killer," and the famed Time Warner shareholders meeting where Charlton Heston protested Mr. Darrow by reading in front of the Board of Directors for the company the ditty whose title is too lewd to publish.

Do you see a pattern based on what Mr. Colson (now deceased) and Mrs. Pearcey wrote a generation ago?
Email ThisBlogThis!Share to TwitterShare to FacebookShare to Pinterest
Labels: American Collapse, American Culture