Of Ted Cruz and some old thoughts 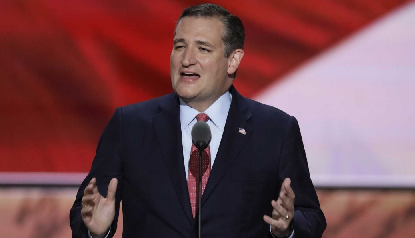 It recently came to my attention recently that in 2012, Gaither Music released a DVD and music CD called Gaither Homecoming: Celebration, that features more selections than was originally broadcast live on the now-defunct CBS Cable/The Nashville Network live broadcast on New Year's Eve, December 31, 1998, in what is now the City Park section of Charlotte -- and in the pre-LaRoche era, I took photos liberally of that concert.

That reminded me of of the line in a popular Gaither song that could have been Ted Cruz's theme when endorsing Donald Trump, "Songs That Answer Questions":

I don't wanna spend my time praying prayers bombarding heaven
With requests to reign down fire on saints who care
In our methods we may differ, but if Christ the Lord we live for
May we not forget the enemy is out there.

But that was not my only thought.  First, the way he did the endorsement was reminiscent of Matthew 6:5 where prayer is not to be done in public, standing, and in public corners by simply announcing the endorsement on social media.  Furthermore, his late endorsement, just before the media conferences as the late Tony Snow called these "debates" 20 years ago on Fox News Sunday, has me thinking both of John Paul Jones ("I have not yet begun to fight") and also of a NASCAR Talladega shootout where after taking the lead for a few laps, he goes in the garage to repair damage, and returns to help his teammate in the draft, forming a long Trump "draft line," as referenced in the late 90's Social Science at 200 MPH analysing the draft and how principles of the Talladega draft work in life.
Email ThisBlogThis!Share to TwitterShare to FacebookShare to Pinterest
Labels: Politics, Religion