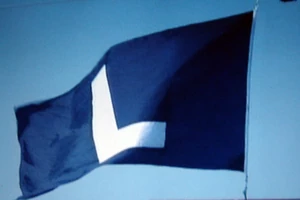 As Baseball Week continues, a look back at a "This Just In" feature from a few weeks ago that's outdated now, but it does point out how remarkable last year's World Series was.


(CHICAGO, April 1) – The Chicago Cubs were officially eliminated from the National League pennant race today, just moments after taking the field for their season opener against the Pittsburgh Pirates.

“Naturally it’s a disappointment,” Cubs skipper Mike Quade said in a subdued Cubs dugout just before the first pitch was thrown. “After all the hard work in the offseason, to see it end like that before it’s even begun is tough to take, you know?

“But I’m proud of them anyway,” he continued. “To go out there like that and give it their all, even knowing this is not their year, and they’ve still got six months to go, well, I tip my hat to them. It would be easy for them to just show up and go through the motions, pretend there’s nothing at stake, but they’re going to play like it was the first game of the season. Which is the same thing, I guess.”

“We’re professional ballplayers,” Cubs first baseman Carlos Pena said. “We take pride in wearing the Cubs uniform. Even though we’re going to miss the World Series for the 66th consecutive year, and fail to win it all for the 103rd straight season, you won’t see this team give up.”

Beat writer Paul Sullivan, who covers the Cubs for the Chicago Tribune, said that fans still had much to look forward to for the remainder of the season. “First of all, there’s the friendly confines of Wrigley Field, the most beautiful ballpark in America. The ivy covered walls, the hand operated scoreboard, the ghosts of all the hall of famers who’ve beaten the Cubs over the years. Every baseball fan should come to Wrigley at least once, even if the Cubs are out of town.

“But there’s so much more to seeing the Cubs play. Did I mention Wrigley Field?”

Quade said he’d use the remaining 161 games to give younger players a chance. “We’ll bring some of our youngsters up from Triple A and see what they have to offer. Sure, they’re probably playing on a better team with Des Moines, but once they’ve had a taste of major league baseball, or at least Cubs baseball, they won’t want to go back. We h

In a related development, the Cubs lost their season opener to Pittsburgh, 6-3.
Email ThisBlogThis!Share to TwitterShare to FacebookShare to Pinterest
Labels: Baseball, Humor, This Just In