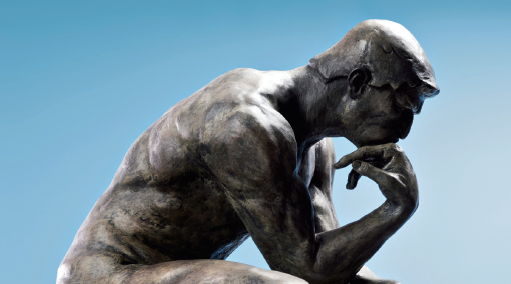 Poitical Panderings.  If it was not clear that Big Entertainment is aligned with the far left, Disney's repeated excuses in canning Tim Allen's Last Man Standing over his conservative character being the lead dog over liberals while protecting The View is a perfect example.  Most viewers do not remember ABC News developed The View in 1996 as a way to take advantage of the 1990's television realignment, and to this day, the show's strongest viewership is in Atlanta, Detroit, and Milwaukee, three markets that ABC took advantage of in that CBS's perennial winner The Price Is Right was not available in parts of those markets (and more) due to weak affiliates.  In a post-Citizens United era, the Left has decided all opposition speech must be shot down in any way, whether it is by court mandates or by control of the media.  Welcome to 1984, everyone.

The Crew Chief.  Fox News is on a decline since the scandals that took down its core: first Roger Ailes and later Bill Shine, then Bill O'Reilly.  Much of the attacks have come from leftist activists such as Mr. Brock, Mr. Soros, and other such leaders who have pushed their way through.  The ratings among the 25-54 crowd, including the Millennials that have tilted solid left from teachings, is proving that point now when a pair of sexual deviants are first (CNN) and second (MSNBC), while nuclear family men at Fox are now in trouble.  Does it say much about the entertainment mentality working to take down Fox?  Have the Murdoch Boys decided they want to remake the channel away from what made it an ace?  Note how many channels remade for management have become disasters. The list includes Spike (was associated with Tennessee), Freeform (was associated with Mr. Robertson), Esquire (was a techie channel), FXX (was a football channel), and others.

So many deaths of men that mattered.

Roger Ailes.  Roger Ailes, 77, whose work in redeeming Richard Nixon later gave way to helping conservative political causes, then pushing Rush Limbaugh to a 1990's late-night television gig before he started Fox News. The fact the Murdoch Boys want to demolish what Mr. Ailes built is sadly allowing us to see how intelligent Mr. Ailes was in the television medium. Despite the controversy over what he knew would work in a visual medium, if it was not for Mr. Ailes, an entire challenger to the one-sided media would never have happened. As the history books noted about the Clinton Administration, the media created "crises" to put their man in power, and Mr. Ailes challenged them.

Nicky Hayden.  Nicholas Patrick Hayden, 35, was the last American to win an international motorcycle racing championship (MotoGP in 2006). His Southeastern humility was shown and ability to win at the highest levels put him on a level of few others during the era where dirt-track sliding techniques mattered more than electronics (traction control included) that has given us the modern Spanish resurgence now that motorcycle road racing now airs exclusively in the United States on Al Jazeera (please see "A Kick in the Ball" from It's About TV! for an explanation). A pity that riding his bicycle during a training run that passed through the Misano World Circuit Marco Simoncelli vicinity, and a motorist was not aware, led to his death.  Share the road, folks!

Sir Roger Moore.  Roger George Moore, 89, was a television and film star on both sides of the Atlantic (Maverick, The Last Time I Saw Paris, Ivanhoe, The Saint, and of course, from 1973 until 1985, the EON James Bond franchise).  After George Lazenby made a mistake (the Australian admits it) to not renewing his Bond gig after On Her Majesty's Secret Service (and letting Sean Connery return for one more film), Moore took the Bond character to a semi-comedic at times Bond for the 1970's into the 1980's.  The era of Bond in the 1970's was a different era than that of the original 1960's, and he has been regarded as one of the better Bonds of the five.

All three of those men will be missed.
Email ThisBlogThis!Share to TwitterShare to FacebookShare to Pinterest
Labels: Liberals, Obituaries, Politics