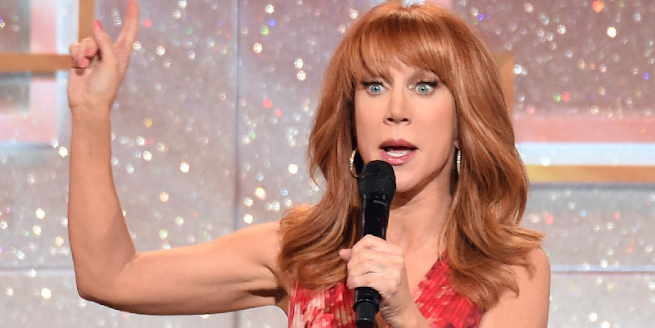 The inappropriate picture of actress Kathy Griffin holding the headed of a "beheaded" caricature of President Trump bloodied led to CNN, a division of Time Warner (NYSE : TWX), which could be acquired by American Telephone and Telegraph (NYSE : T), removing her from New Year's Eve programming. Now that was the correct behaviour since it was inappropriate. But what people forget is this very same Time Warner, through its NetherRealm Studios, is responsible for producing Mortal Kombat, a 25-year old video game franchise where one of the glorified moves is the character "Sub-Zero" pulling the head and spine off losers in the game's signature "fatality" move. Further games in the franchise include beheading (Kitana's fan), cannibalism (Mileena's eat and spit the bones, Liu Kang's dragon), and other copious amounts of violence that led to video game ratings that has furthered the advancement of even more violent video games for "adults only" ratings.

Has anyone noted how TWX will fire Kathy Griffin for doing to Donald Trump what Sub-Zero does to losers in their own video game?